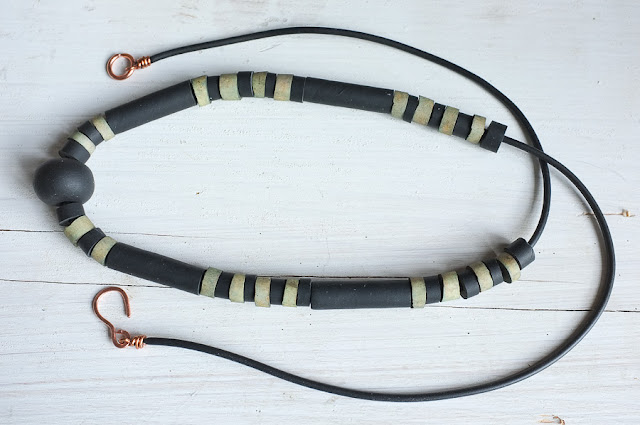 I hadn't realised how long it was since my last installment. Oh well, keep 'em wanting more is what I say. Conveniently. . .

Anyway, I've been taking it a bit easy on the bead front this last week or two, since making loads of things to list bit by bit etc. I'll have another burst of enthusiasm next week I reckon.

But meantime, I am having a bit of a hiccup in confidence on the jewellery front. I sell a few things, mainly cufflinks and earrings, so I am OK with those, mainly, though my earrings are a bit plain compared to a lot of the wonderfully eclectic artists I admire. My hiccup is more about necklaces. 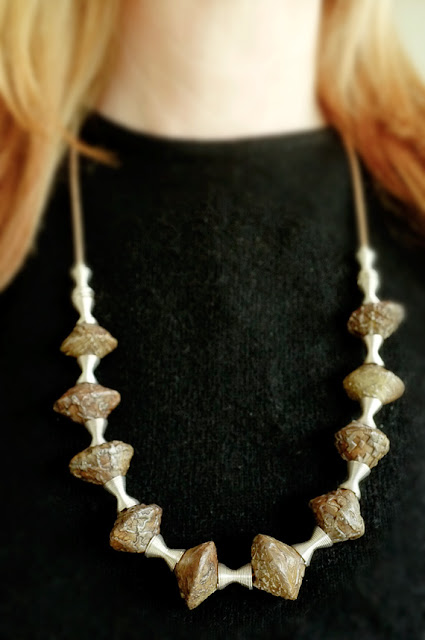 I don't really know what level of sales to expect, so may be reading too much into it, but it feels as though I need to raise my game a bit. I like the things I make, I know that they sit on the crude side of 'simple', and I realise that might not resonate with many people. Necklaces are more of a special purchase perhaps and they need to look a bit more consciously 'special'. Also, I do rather wing it with the design, following my instincts rather than considering the end user or what the 'rules' (perfectly valid rules or 'best practice') might be. I do like to go with my own flow, I think it is important, but perhaps I am putting potential buyers off by not being very aware of how necklaces are 'used' or worn. Not being female or a jewellery wearer myself and all that. 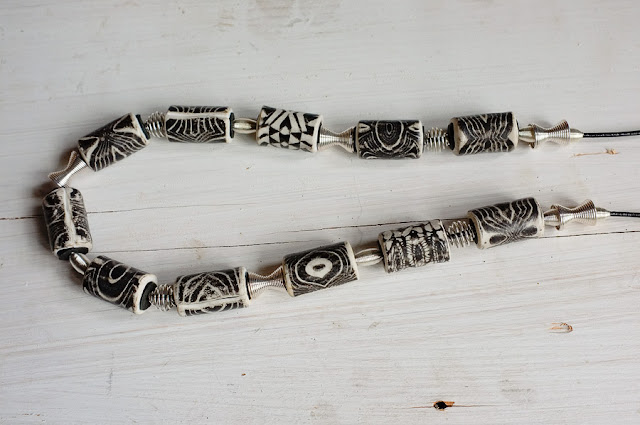 It makes my approach original but quite likely not altogether appealing. I dunno. Rightly or wrongly, it has made me stop making necklaces until I get my head round it all. Price may be an issue, but I don't think I'm too optimistic in that regard. I wouldn't want to charge less.

I research necklaces on pinterest and Etsy to see what I might need to change, and a few things are slowly sinking in. I am also coming up against another bit of resistance. I don't like tying up a load of beads into one piece when I could probably sell them separately as components. 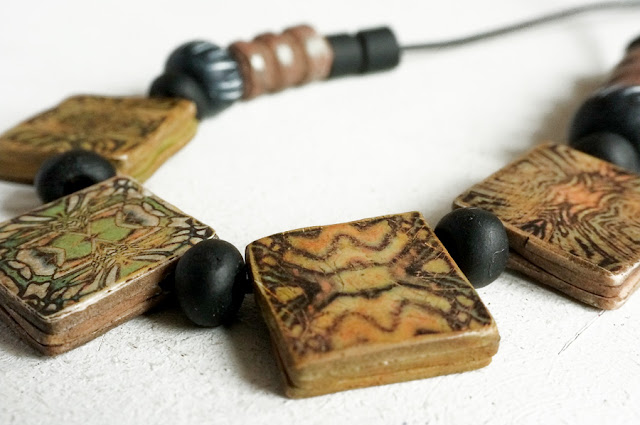 Aye well, I'll work it out in the end. My work tends to go in cycles, so some new necklaces, or possibly pendants if they are more saleable, might appear soon - ish. Once I get over my hiccup.
Ah the insecure life of the creative soul. . . ;-)