The Ups and Downs of Retail, A New Venture and The Wife in a Wheelbarrow. . 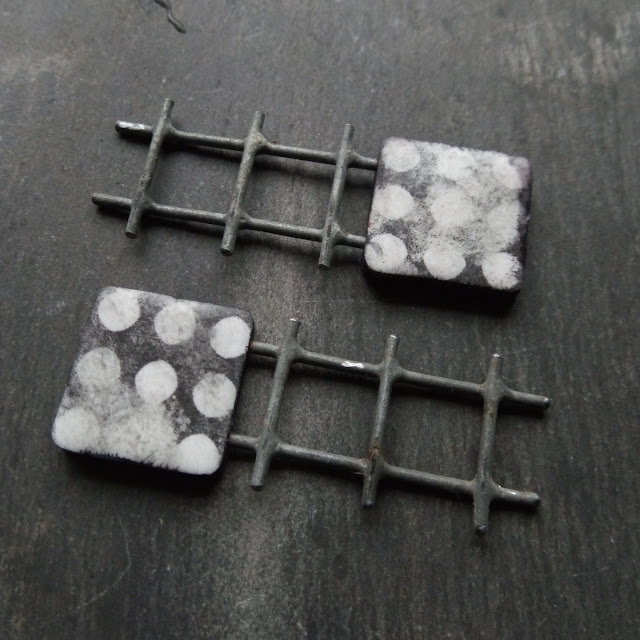 A bit of a gap between posts again, so sorry about that. I am slowly getting into the habit of blogging again. I heard on the radio that blogging is becoming more popular again, I wouldn't know about that, not exactly having my finger on the pulse of these things these days, but if true I applaud this trend. 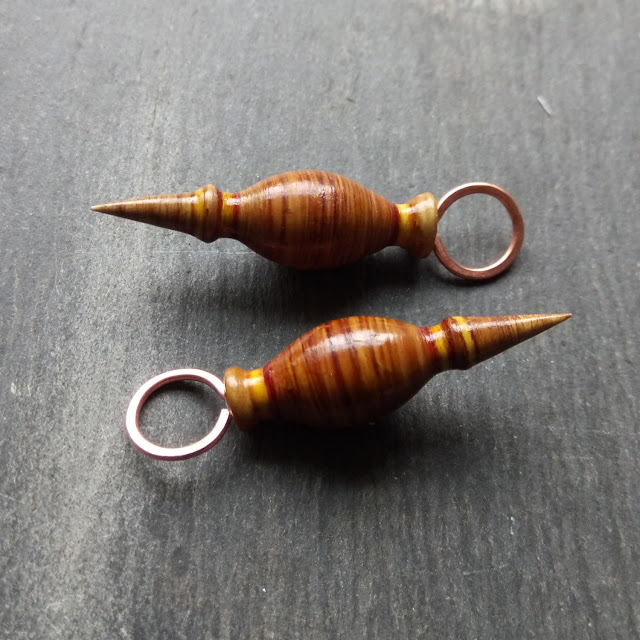 Anyway, having been thoroughly spoiled by my work selling really well on Facebook over the last 12 months or so, I have had a couple of evening listing sessions that have been somewhat lacklustre. Not that I actually expect to sell out of my ten or twelve items every time but I must have got used to it at some level because I felt rather bereft when only two or three things sold. Bloody artists fragile ego again ;-)

Well, retail has its ups and downs I'm told. 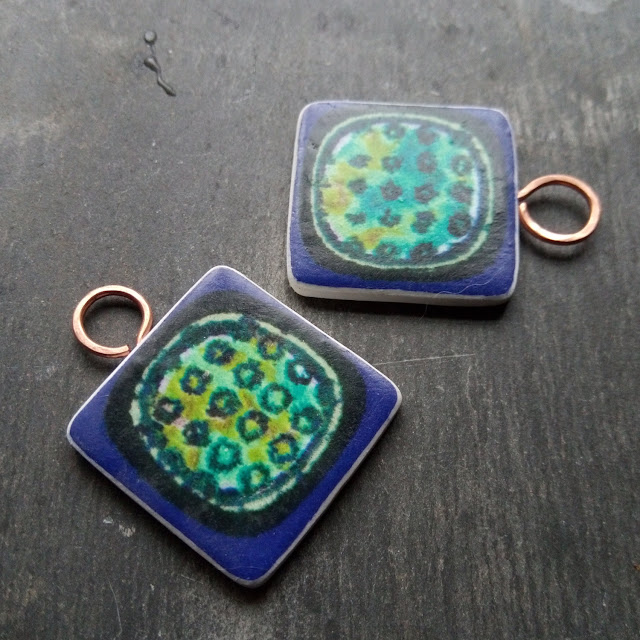 And if levels of interest are as low as the last week it could be a bit of a disappointment.


The other thing is that it starts at what is a reasonable time for those in the USA but a silly time for me here in the UK. I'm not going to be kicking off my show at flamin midnight, thank you very much. I'll be in bed asleep! So I will list when I get up in the morning, which will be when most of my USA buyers will be in bed asleep. . . Sigh. . . And it finishes at midnight the next day, which is early evening for USA people, and probably the time they start to go online. Moan, groan, whinge. . .


So not ideal but we'll see what happens. I have made some very nice things to list so if you are around on the 26th Nov any time between 7.30 a.m. UK time (2 or 3 a.m. approx. various USA time zones) until midnight UK time (6 or 7 p.m. various US time zones) check it out.


Just to add to stress levels, my wife slipped on a bit of tiled floor and hurt her foot badly, she couldn't put weight on it and it started to swell up. As it was Sunday night we decided to wait and hit the A&E dept at the local hospital the next day if it was still bad in the morning. The thing was, she had to get over to her studio, across the yard to use her computer to email an Art group that were expecting her to take a workshop the next day. Obviously it had to be cancelled. 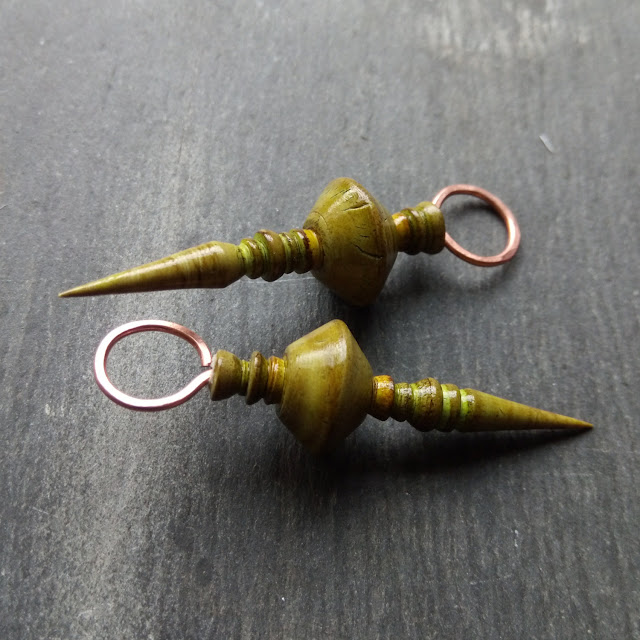 We don't have any crutches lying about the place, so we tried a walking stick, no good, a broom, improvised as a crutch, no good.  . . I was debating trying to give her a piggy back across the yard when we remembered the wheelbarrow ;-)
So I trundled her across the yard. Luckily it was a clean wheelbarrow, and luckily we are not overlooked. . . It did add some levity to a somewhat fraught occasion.
We got to A&E the next day and she had x-rays etc. Nothing broken thank heaven but she needed crutches for a day or two.
I also managed to put my back out helping her get around, but not badly. . Fun times ;-)


Anyway, on a positive note, our pond has been refilling in all the wet weather we have been having. it almost completely dried out in the summer, which was worrying. The geese weren't happy either. So now we have a reason to feel pleased when it rains, and so do the geese ;-)


Wish me luck with the showcase, and have a good Thanksgiving all you USA folks. 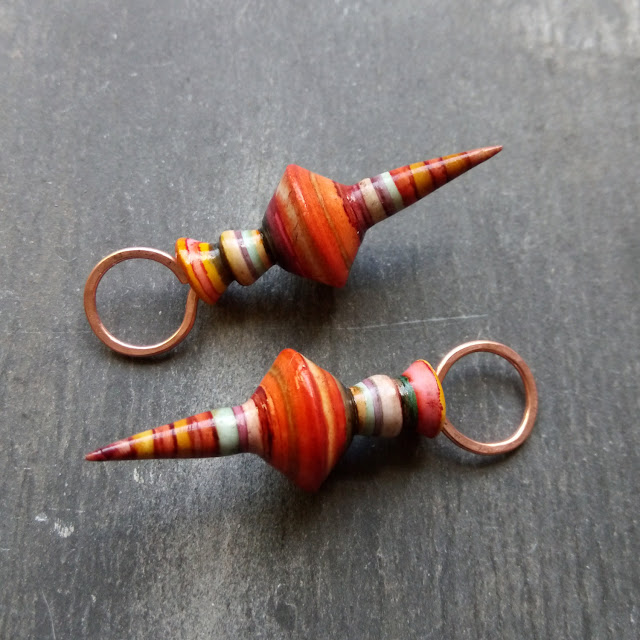 A few weeks ago I was running low on Cernit, my go to Poly clay brand, (go to for no other reason than I tried it out and thought it was perfectly Ok so I stayed with it), but there was none to be had from my usual suppliers for some odd reason.

So, undeterred, I bought some Fimo pro instead, as it's well thought of etc and a bit cheaper than Cernit I think. I would check that last statement but can't be bothered. . .

Whatever. . . I thought I would just give you my thoughts on Fimo Pro vs Cernit if you are interested. Well, you are going to get them even if you're not interested. . 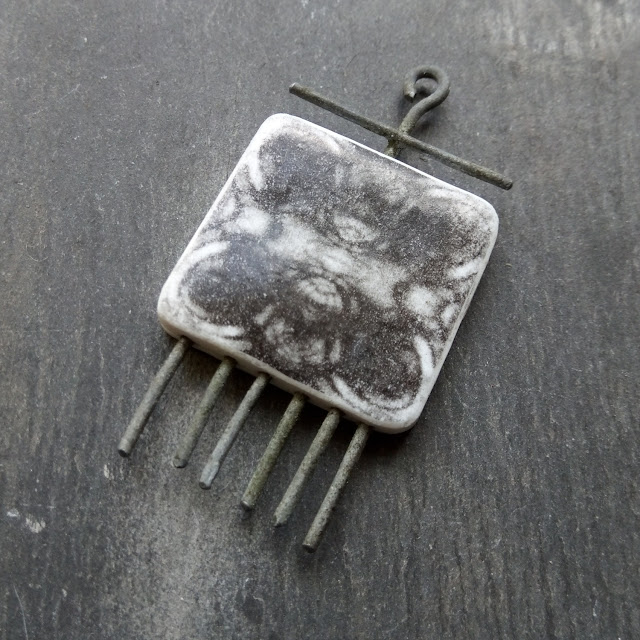 Cernit is a very tough and flexible clay, it has a fair amount of give to it and can be used to make quite thin things without becoming too fragile to work with. Fimo Pro is also tough, but has a different feel. It's less flexible, stiffer without actually being brittle.
I would be wary of going too thin with it though perhaps.

The two types of bead I have been making recently have been my 'Turned Look' spikes and 'spindles', and my image transfer tile beads. I am finding that I have to be a bit more careful when using Fimo for my turned beads than I do when using Cernit, due to its less forgiving nature.
I think I will use Cernit for those type of beads going forward. 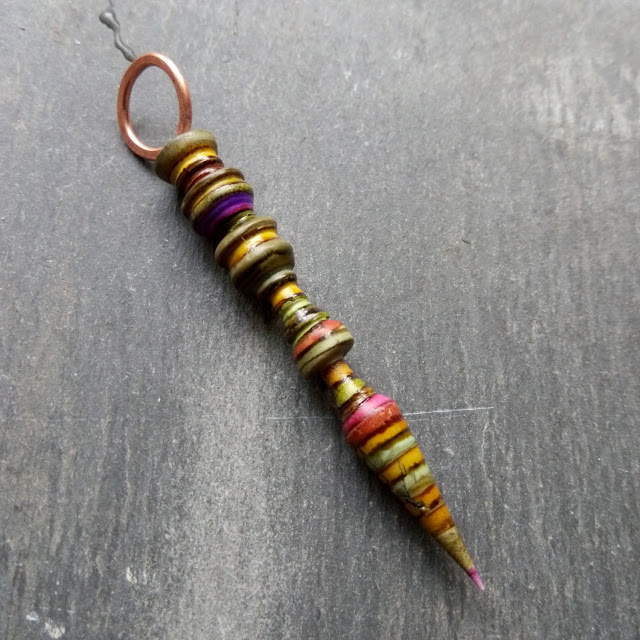 I found that Fimo Pro was nice to use for image transfer work on flat, tile beads due to it's relative stiffness and tendency to let me produce slightly more refined edges when shaping them. Cernit's more 'chewey' quality made it feel a bit less exact somehow.
A subjective view for sure and not really discernible to the eye I don't think, but that's how it felt when working with it. I will use Fimo Pro for my image trans work in future. Truth to materials and all that ;-) 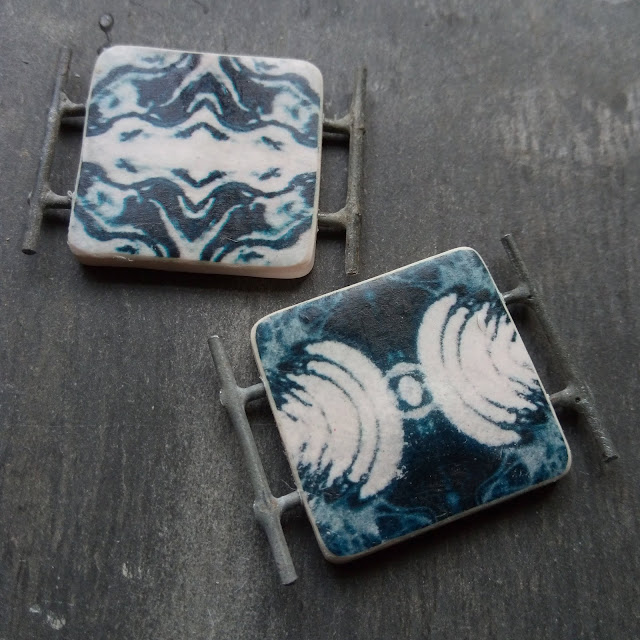 They both take an image well enough, Fimo perhaps needing a more gentle touch to avoid the image coming away when transferring using the water and rubbing method.
The issue of the image getting sticky while transferring is slightly less of an issue with Fimo than Cernit, (though a mixture of Cernit Trans and regular Cernit takes an image well. The image seems to stick to it better. I must try some Fimo trans sometime).
Fimo produces finer dust when sanded I think, it seems 'dryer' than Cernit. I wear a facemask when sanding whichever brand I am using. 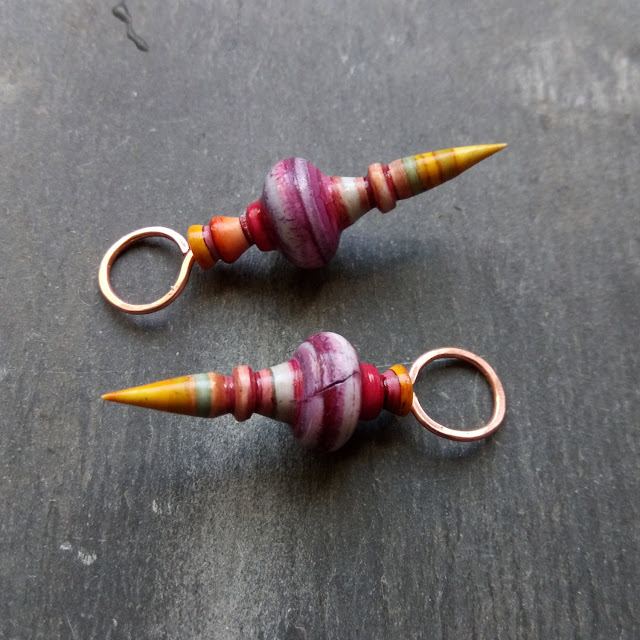 Dunno if this has been of any use to anyone, it's all subjective stuff and your mileage may vary of course. I was surprised that I noticed differences in brands of poly clay, I must have developed an unconscious Cernit bias in technique over the years ;-)

I like both brands and now I have located some more Cernit, I can use them to their particular strengths. I did try some Fimo Soft, but that was pretty horrible, on a par with Sculpey Original in my opinion, only more brittle and 'dusty'. OK for bead cores but not anything that needs to be robust I don't think. 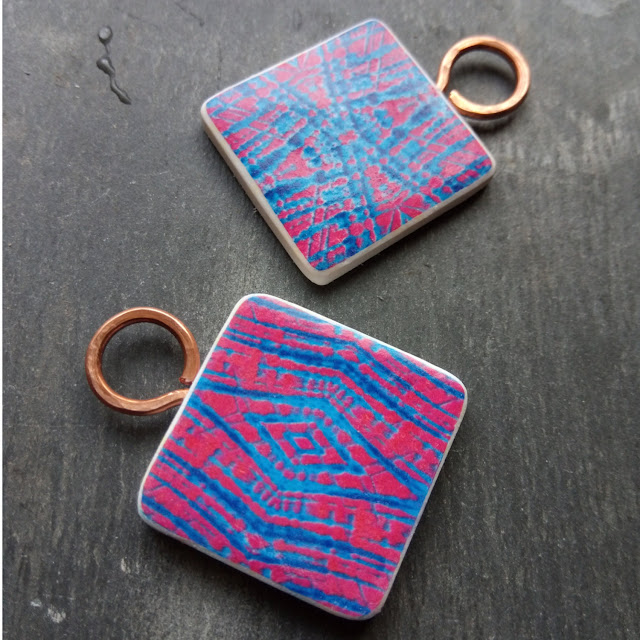 Oh yeah, Zen Chickens. . . No not a new band I discovered or a name for people afraid of particular meditation philosophies, let me elucidate. .

Our 4 chickens have the run of the garden and the orchard and are very tame. They like to gather around our feet if we are sitting on the terrace to eat, like we do in summer quite often. My wife has a habit of giving them her almost empty cereal bowl to finish off. They love this and all tuck in. . .
I noticed that there is one particularly resonant ceramic bowl with a pleasing note to it. When four chickens are pecking at it at random intervals it sounds like one of those 'singing bowls' you can get in those new age shops, as an aid to meditation, only not as soothing ;-)
Anyway, I think I should record it or film it sometime and put it online as a meditation aid ;-) So there you have it, Zen Chickens.

see you next time, Jon x Posted by Jon Burgess Design at 09:27 No comments: