Bees down the Chimney, and Image Transfer Fun 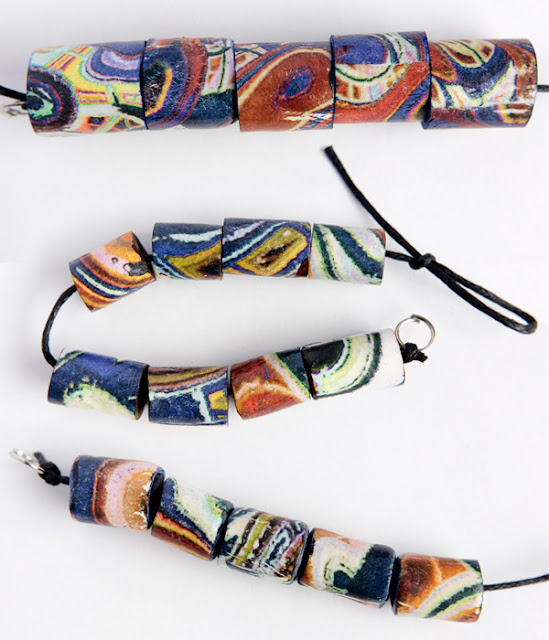 I have known for a month or two that there was some sort of bee/wasp activity up at the top of our chimney stack. You can see them weaving about in that particular way they have when coming in to land, as it were. About ten or twenty weaving around at any one time. I was hoping it wasn't wasps, as they would make their presence felt around the fruit trees and around our outside dining table a bit too much. And that many wasps coming and going would mean a very big nest. As we were relatively undisturbed by wasps I guessed it was bees. No problem, I like bees. They don't bother us and we don't bother them. Live and let live etc etc.
So I didn't put two and two together when for the past four or five mornings I have found six or seven, very soporific and sad bees in our living room, crawling around the french windows to the garden. I was puzzled. I couldn't work out how they would have got in from outside as they weren't there when I shut the doors up at night. I couldn't locate anywhere in the floor or wall or skirting board etc where they might have come from. Odd. . .
Then my wife heard a faint buzzing coming from the wood burner. Mystery solved. . .
Our chimney is lined. It has a metal tube all the way down it which ends in the back of the wood burner, which is not in use yet and the doors firmly shut. The rest of the chimney space is filled with that insulating foam stuff (I think). I guess one or two bees fly into the top of the tube and fly or fall down all the way to the back or wood burner. From there they manage to find a way out and make a break for the french windows. Not sure what bees do in the winter, but I won't open that door until the weather gets colder just in case.
We should try to dissuade them from nesting up there really. Not least because we need some remedial work done on the flashing round that particular chimney stack, and I don't think a roofer would want to risk disturbing them. I shall consult our friend who keeps bees, he will have some advice I hope. 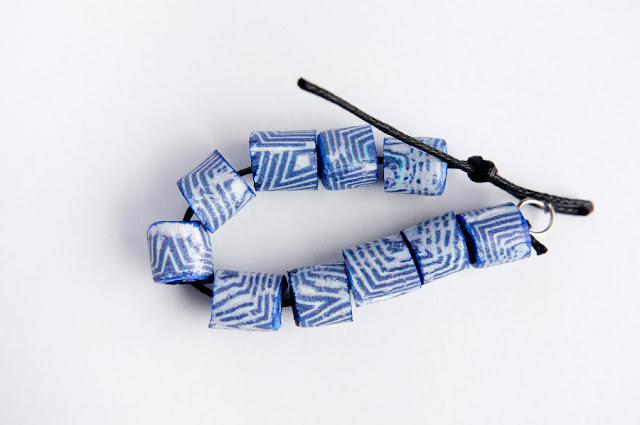 Anyway, bee issues aside, I have been forging ahead on the bead front. Trying to get image transfers to stop being sticky for long enough to handle them without smudging and getting the ink transferring to my fingers. . . I think I have solved it. I managed to wrap images round a round bead without smudging. Seams were another issue, but there are ways round them too, which I am exploring. I want to make a short tutorial on image transfers and what to do with them. Or at least take you through what I do with them to get the look I get. If I mention it here I might feel honour bound to actually do it. . . ;-) 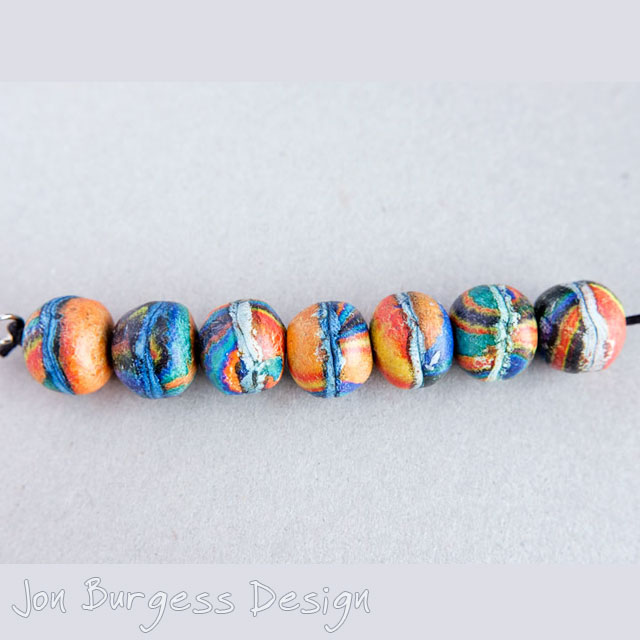 So I have made a series of image transfer tube beads using somewhat more complex and random digital images of mine. They have turned out quite nicely, allowing that the relative neatness takes some getting used to for me. Never fear, the compulsion to grunge things up is never far away. I just want to know how neat the process can be. That gives me options. I like options. . .
'til next time,
Jon x 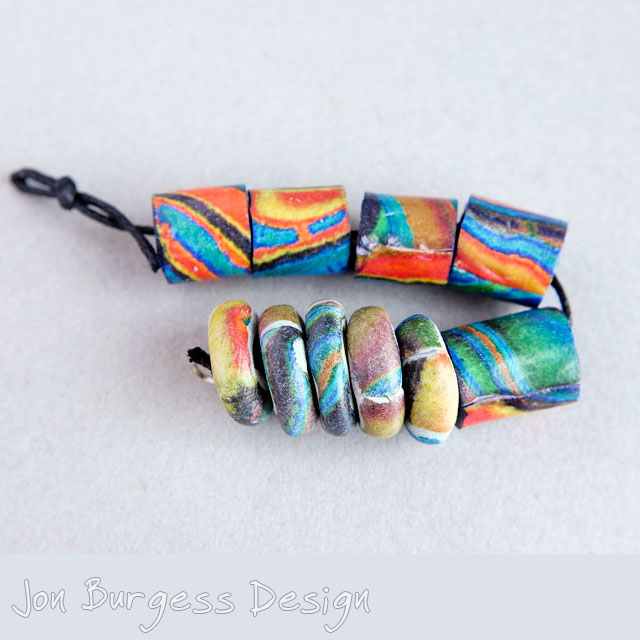 Well, we finally managed it. The stress and anxiety is behind us. At least the particular stress and anxiety around moving house is behind us. There may be other kinds of stress ahead, but they will be pale imitations of house move stress. And our move wasn't all that bad compared to other peoples'. . . I won't bore you with the details. Suffice it to say that we experienced human nature in it's raw state, and British contract law as it concerns house selling and buying in all it's ludicrous glory.
But, all that aside, we are here in our new home and couldn't be happier. Don't you just love a happy ending?


So anyway, this blog has been neglected, not even reaching the dizzy heights of becoming a pale imitation of it's previous self, but left to gather virtual dust and cobwebs - due to me understandably having other things on my mind.
I have still been making beads and suchlike though, listing them on Etsy and posting on Facebook. Just a bit less often than before.

I have felt suitably guilty about not posting here, and as the weeks went by and the different stuff I created built up, undocumented, I have felt a bit overwhelmed by the backlog. So what I have decided is that I will just skip the last few months creative output apart from a quick picture or two, and start again from now.


There will be some house orientated content, but nothing too self indulgent I hope. Anyway, a blog is a self indulgent thing by definition so it's going to reflect the generality of my life as well as the particular creative avenue I am following.