The more observant amongst you may have noticed that I haven't listed a new necklace in my shop for quite a few months. Why could this be? you ask yourselves. I will tell you. Despite having sold a few necklaces over the past year or two, I have never felt entirely at ease with the process of making them. The nagging feeling that I don't quite know what I am doing is hard to shake off. Possibly because it is an accurate assessment ;-) But that said, I pick things up pretty quick. . . I shouldn't be so hard on myself. It's all down to what 'works' and what doesn't really.
And anyway, I have been madly making beads and so haven't had the time or inclination to diversify much. Excuses excuses. .

Over time, quite a few pending necklace related projects have been abandoned and left hanging on the hooks on my studio wall. Oh all right, on the pirated bits of a wooden plate rack wedged between two water pipes that serves the same purpose. Whatever, it does the job.

The other day I had an urge to actually do something with these neglected projects, and, armed with a bit more knowledge, gleaned over several months of Pinterest and FB exposure to other artists' work, a bit more confidence, and a steely glint in my eye, I got stuck in.

The results are below. I'm trying to keep the rustic/tribal/boho/whatever vibe that my beads have and translate that attitude into more complex pieces. For better or for worse ;-)

Close ups and other details are in the listings for each necklace in my Etsy shop, each pic has a link in the caption.
(Thanks to 'Ethel' the polystyrene dressmaker's dummy I found in the 'salvaged things for sale' bit of my local dump for £2, I can not only test my work all through the design process, but also photograph my necklaces to show how long they are and how they hang. Yay, for Ethel!)

I'd love to know what you think of them, and if you have any guidance/criticisms for me.
thanks,
Jon x 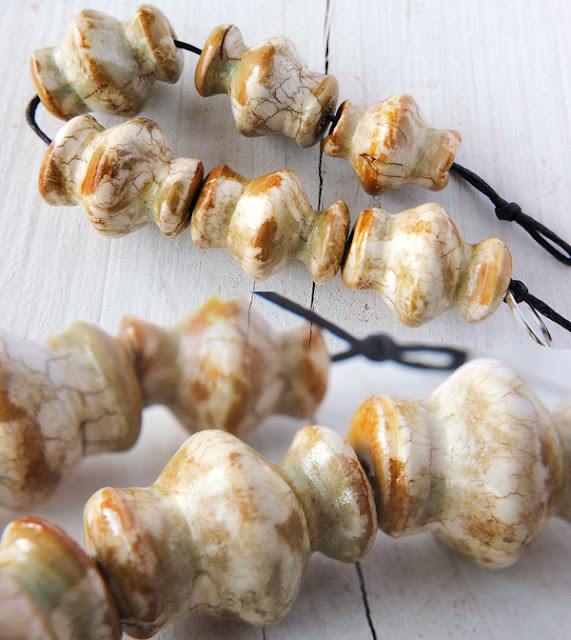 For several reasons, but mainly because of the existence of a very good crackle/faux raku tut by Shannon Tabor.
My technique is pretty similar to hers, and the results are not too dissimilar, the main difference being the 'active ingredient' so to speak. The 'active ingredient' I discovered, (cheap and available from any hardware store. . ) and which I use, can make some specific and unique effects. These particular effects and the positive reaction to them were what led me to consider the idea of maybe making a tut in the first place.

But after sitting down and thinking it through, rather than vaguely and unthinkingly mentioning it in blog posts as a future possibility, and after having had an amicable chat with Shannon about it all, I have decided that I will leave it as my own private surface trick and not share my process in a tutorial or in any other way. It wasn't a hard decision, and it feels like the right and proper thing to do. Win win and all that. . . 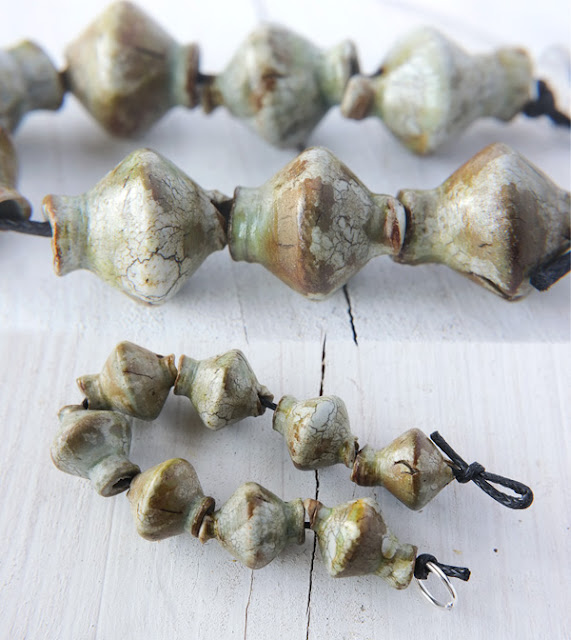 If I did try to sell a tutorial I would perhaps leave myself open to claims of plagiarism, which would be wrong but understandable up to a point. After all, I bought Shannon's tut and had the spark of inspiration about my own 'active ingredient' and it's possibilities while working through it. So I owe it a debt of gratitude ;-) The question of whether my process is sufficiently different from Shannon's to justify it's own tut would always be there. In my mind as well as in others'.
Anyway, it was just an idea!

I'll just carry on experimenting and getting cool effects. . . And you can try to work out what I'm doing ;-)

Other stuff I have been working on? Well, I made a few sets of small image trans round beads, as per my image trans tut, but using some of my small 'tile' pattern designs. 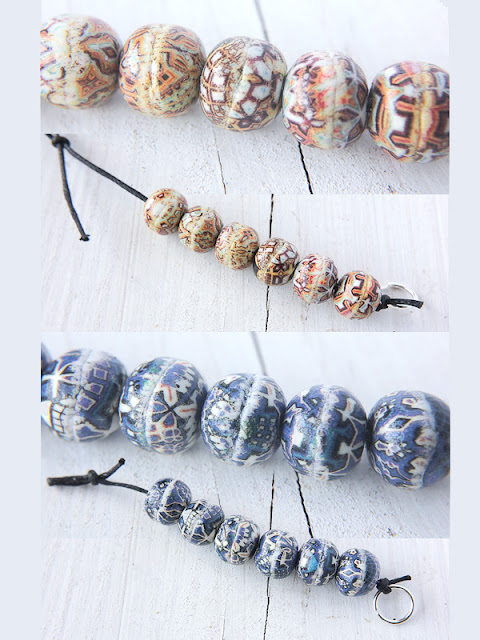 I made some crackly marbly bicones as per my secret technique, pics of which you can see at the top of this post, above.
I made some textured disk beads using up-cycled disk beads from a necklace I got from a charity shop, as cores, which is something I shall do more of. 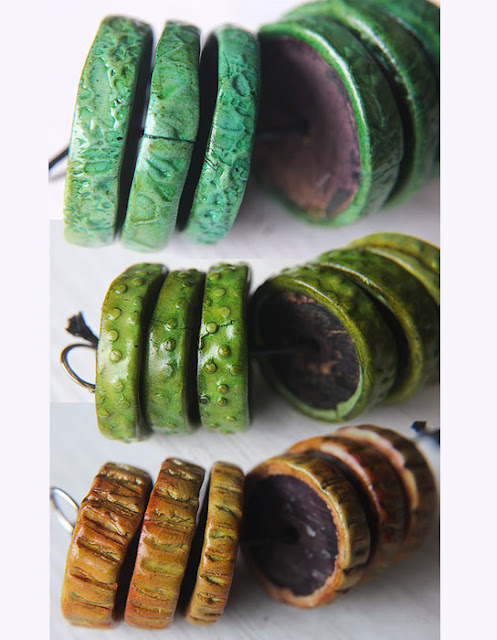 And I made a bunch of cufflinks, as my existing cufflinks have gradually but steadily been selling and I only had a few left. 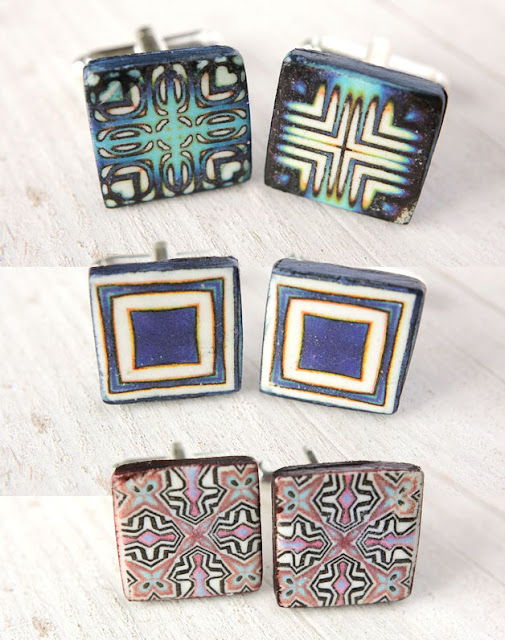 I'm definitely in bead making mode this year so far, and am enjoying getting stuck in after the distractions of Christmas and new year etc etc. Still plenty of DIY, but it's not as frantic. It's all good. . . Jon x
Posted by Jon Burgess Design at 01:09 1 comment: