The Curious Case of The Blue Soup - A Spike Spike - and the imminent rise of Mid Century Primitive. . . 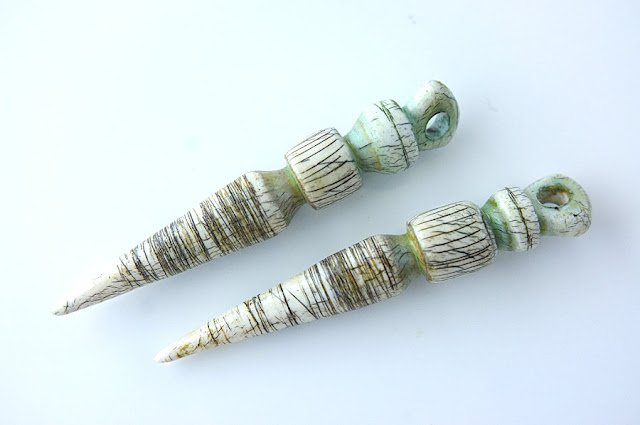 Well, starting in a backwards direction, just to be awkward, with the Mid Century Primitive, the above pic should show you what I'm on about. . .

The primitive bit is easy to get your head round, pretty self explanatory, but the Mid Century might be a bit less so. Someone mentioned it in a comment on FB and it resonated. I think there is something about the shape and colours that is resonant of fifties and sixties interior design. Your mileage may vary.

Dunno. A bit of a tenuous correlation maybe, but it's a fun invented category to explore the inherent contradictions, or indeed the inherent similarities to be found within it. ;-) 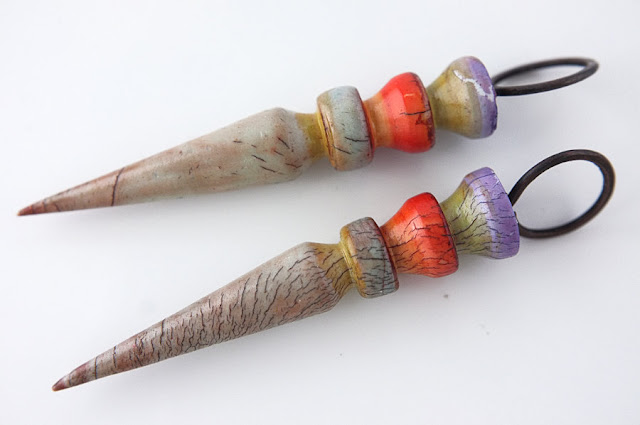 The spike in spike sales may be an oh-so-witty pun but it is also a real life event. I had another good selling session on FB the other day. (Update - and again last night!) My spikes seem to hit the spot with quite a few people.
Hooray for quite a few people, is what I say. Though a spike does imply a sharp up followed by a sharp down, so maybe it's not such a feel good analogy. . .
Anyway, the beads below all sold, amongst others. Long may it continue ;-) 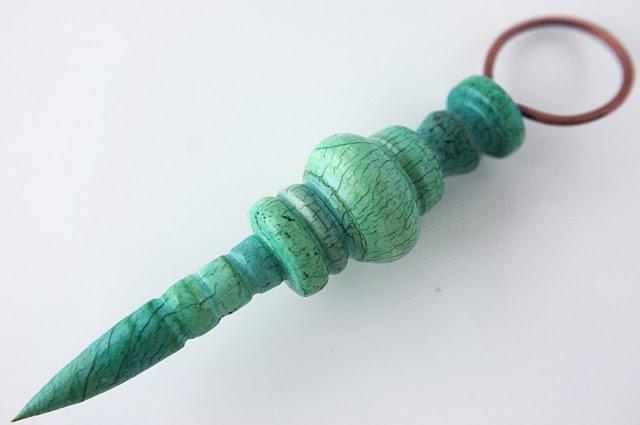 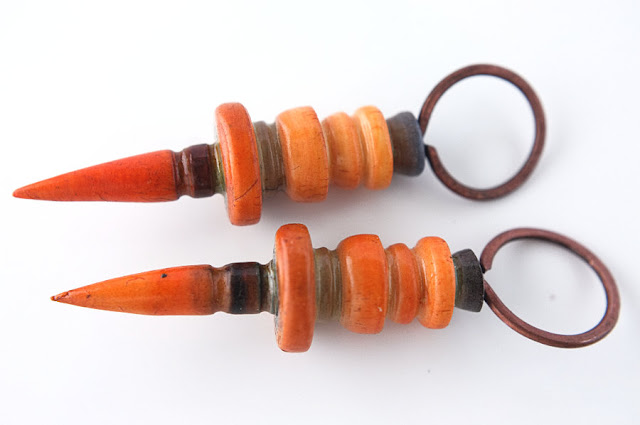 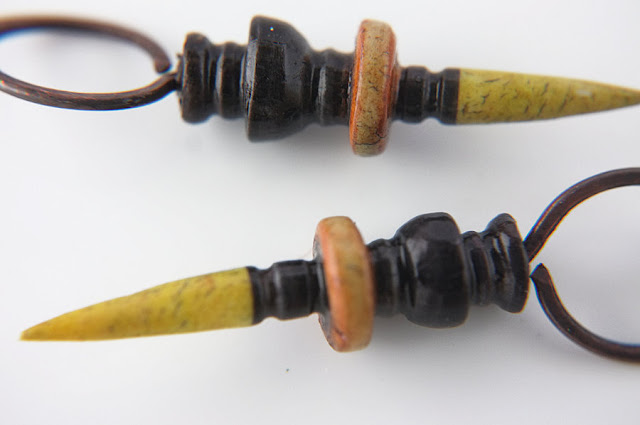 I'll get to the blue soup in my own good time thank you. The subject of Mid Century Primitive is more pressing a matter. Imho of course.

It's a mixture of artily crude and deliberately and sophisticatedly unsophisticated workmanship and simple, sculptural shapes (whatever that means, as any shape could be 'sculptural' really. . . but I think you know what I mean) reminiscent of shapes popular in the fifties and sixties, especially amongst ceramic artists. Who were no doubt influenced by such artists as Brancusi, Arp, Henry Moore and Barbara Hepworth etc. Well, that's my take on it.

Maybe because like such artists the shapes are defined by the process as much as by an imposed conscious decision. .  Discuss. . .

I'm not saying my work lives up that ideal, but it's what I am aiming for, without getting too precious about it all. It's fun to make this stuff. 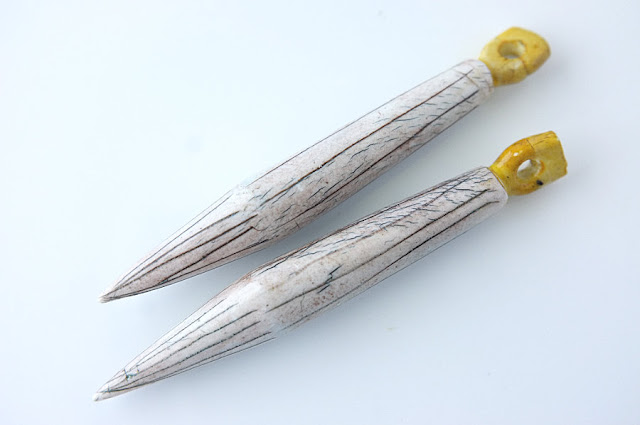 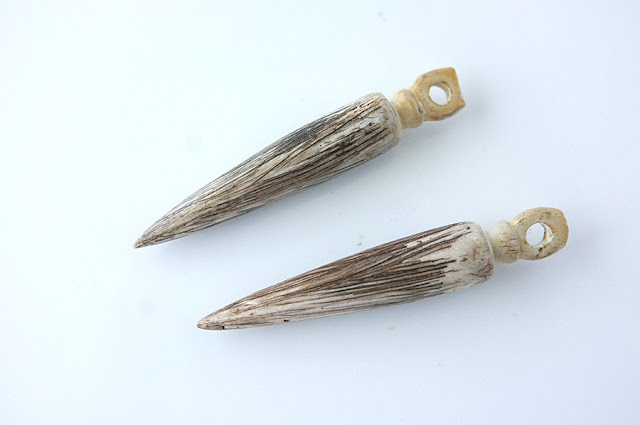 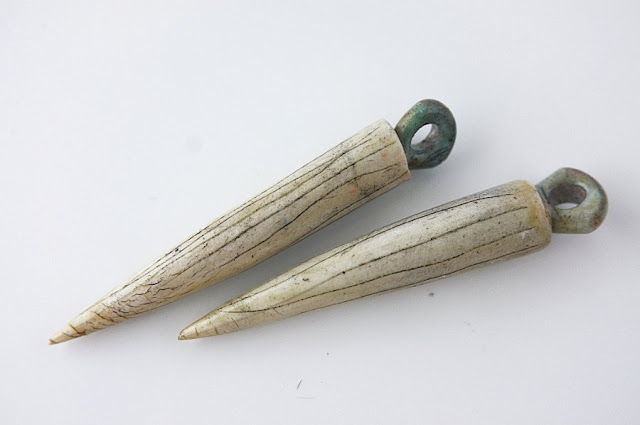 Well. . . It's all about red cabbage. I cooked a roast chicken with all sorts of veg in the pan below it, including red cabbage. The process turned the cabbage and consequently all the veg dark blackish blue. . . ooer. . .

When I made soup from the chicken carcass and bits (as I always do) I included the left over veg. I whizzed it up in the blender and got blue black, slightly frothy, due to the blending process, soup! Yay! My wife was appalled as it didn't look even vaguely appetising ;-) I ate it however.

It tasted great with a bit of yoghurt thrown in. Hah! Mid Century Primitive Soup. . .

Till next time,
Jon x 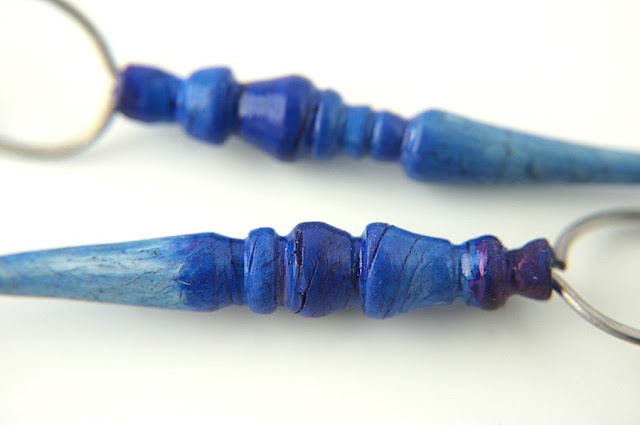 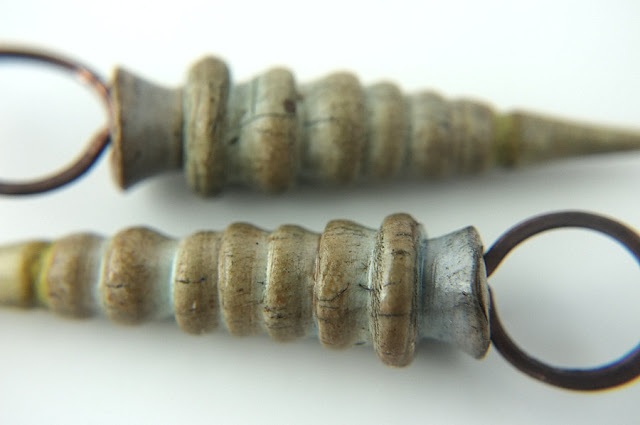 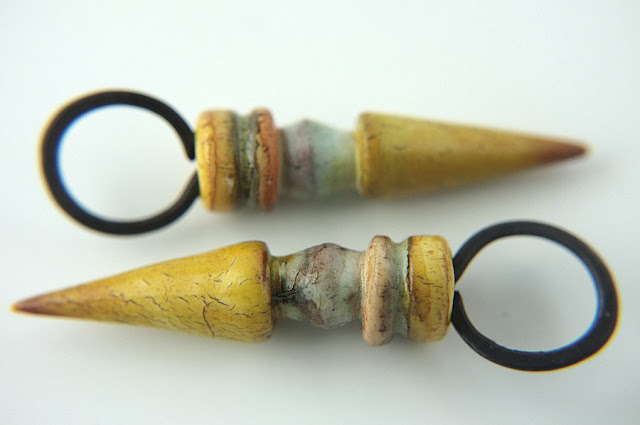 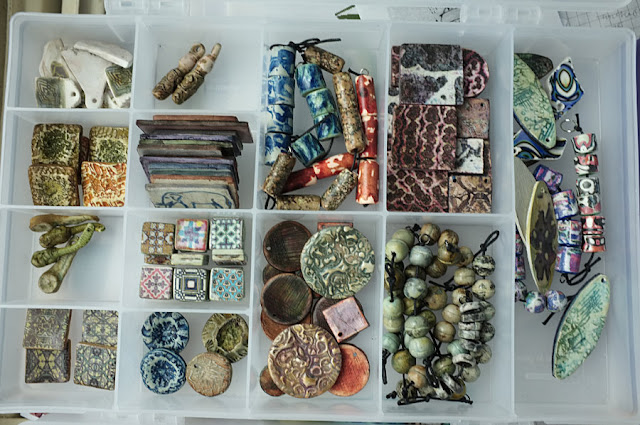 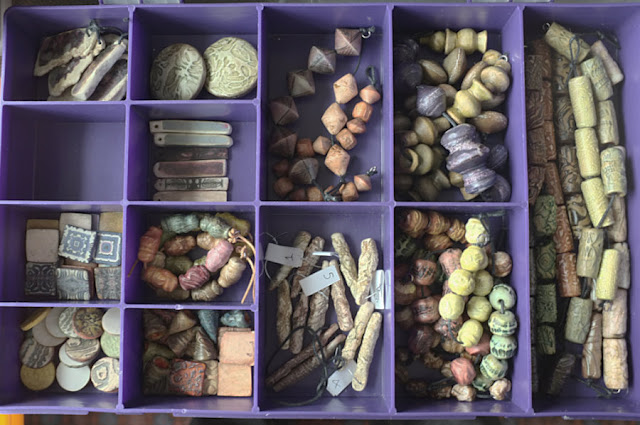 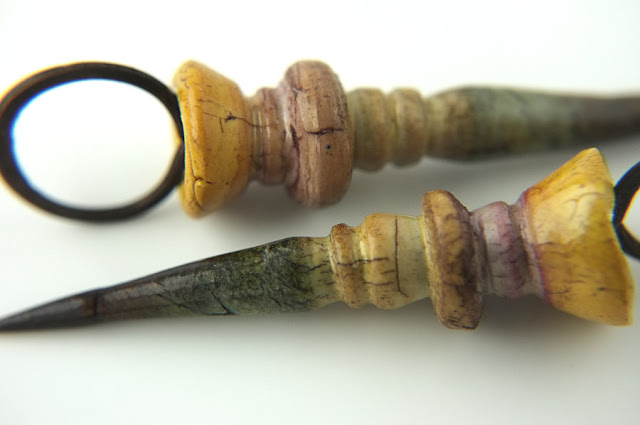 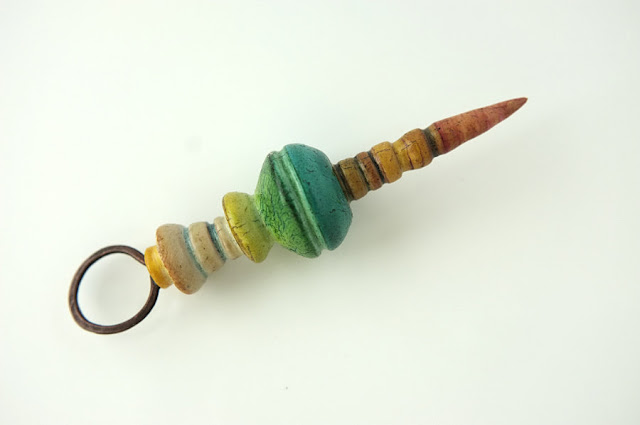 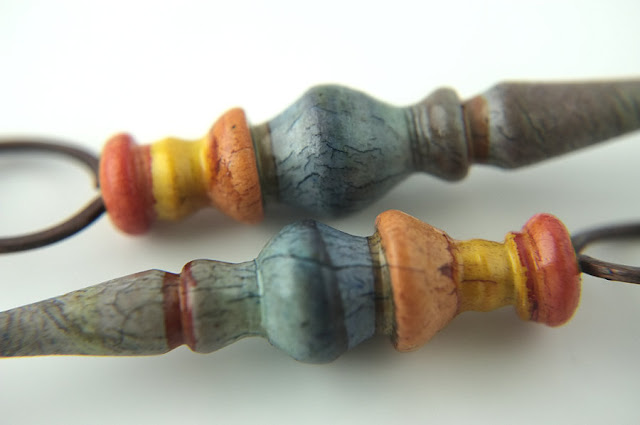 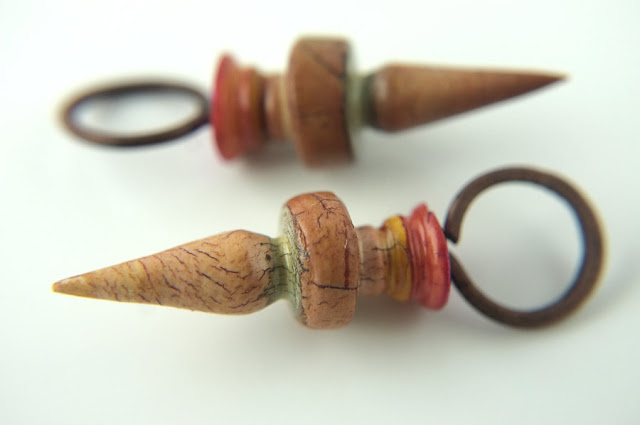