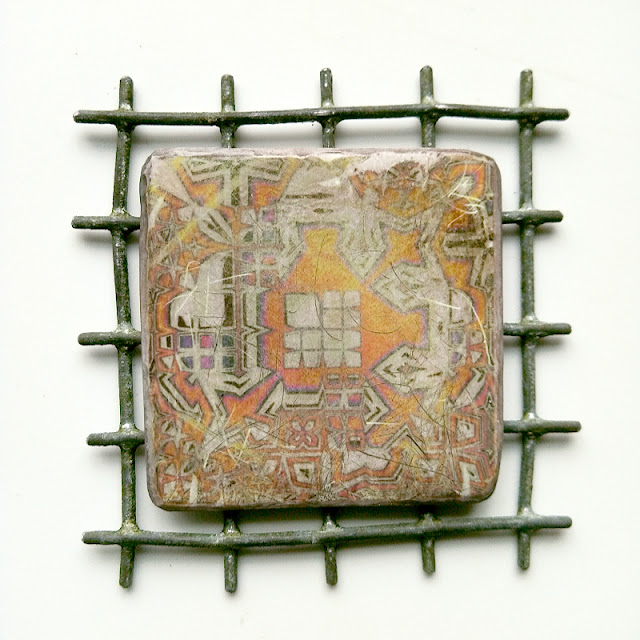 It seems that Monthly posts will be the way to go for this blog. I intended to keep the posts coming every ten days or so, but that hasn't happened, so monthly it is. I hope. . .

There has been a particularly nasty flu bug going round our part of the UK this year. And although normally I am one of those people who 'Doesn't get ill', it knocked me for six. Admittedly, not for long, It was an intense night of constant coughing and no sleep at all, followed by a day of feeling 50% less ill but very sleep deprived, then a slow recovery over the next two weeks. I am back to about 85% normal but my work, the celebration of my wife's birthday, Valentine's day and my birthday were seriously disrupted. . .

But we did manage to get away for a night on Valentine's day, to this place. . .

Anyway, back to something approaching normal now, cross fingers.

I have been getting back into making image transfer tile beads using my digital images. Trying to let the images speak for themselves a bit more than I used to. I made some bigger, more confidently patterned beads. 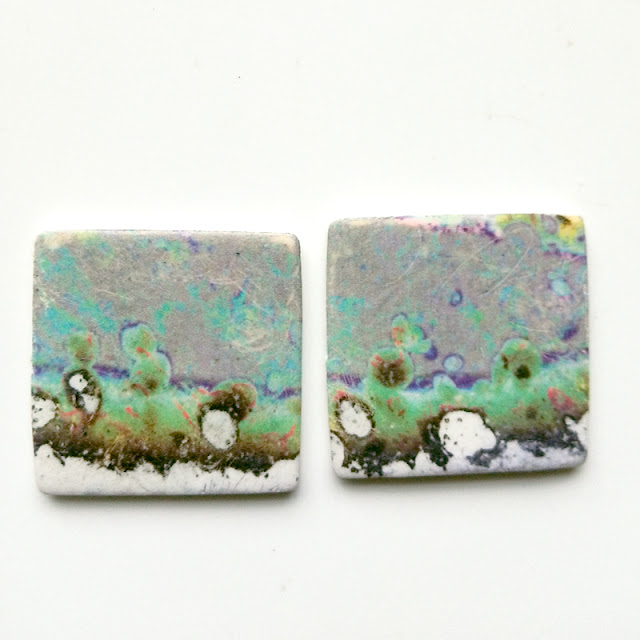 My idea was to sell them as plain tile beads, without bails or frames etc. This wasn't entirely successful. I think buyers like the extra element that a wire frame can add. I admit that I do too.

I tried deliberately not distressing the images, in line with my intention to let them speak for themselves as mentioned above, but I couldn't ignore the fact that my image beads look so cool when they have been knocked about a bit and scratched up, so I gave in to my instinct and gave them the treatment. 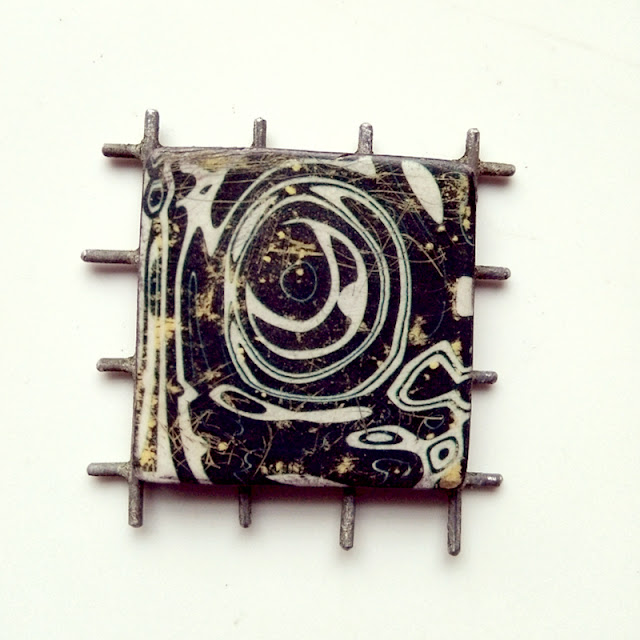 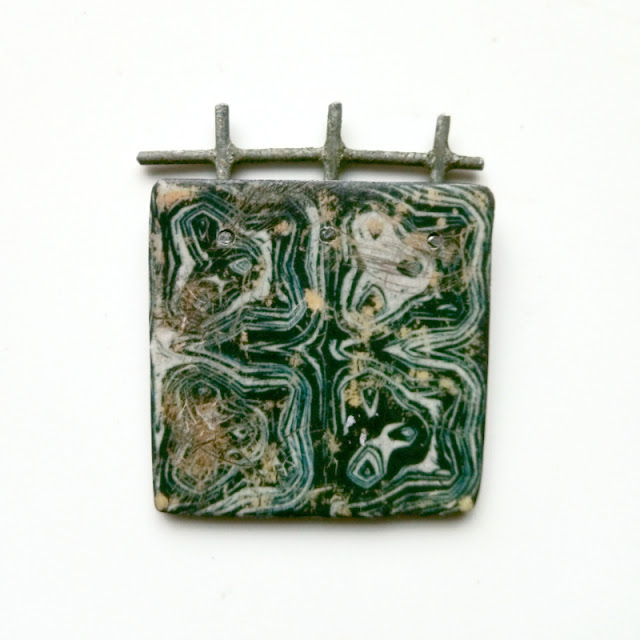 The black and white image beads seemed to respond best to this treatment. Especially once attached to a suitable upcycled wire frame.


I did discover something faintly interesting though. I had a small, bright, abstract, printed image in my image drawer that I thought would make a good tile bead. So I did the usual thing of placing it face down on poly clay, wetting the back and rubbing to transfer the image. it was only then that realised that it was an inkjet print and not a laser one. It was on high quality matt paper so the image stayed crisp and didn't run. Once all the backing paper was rubbed off I was left with a very thin but dull looking layer adhering to the polymer clay. It didn't look very good so I picked at a corner and found the whole layer just peeled off leaving the image on the poly clay. Unfortunately the image left on the poly clay was only about half as bright as the original print, but at least I got a result from inkjet paper, which I didn't think was possible. So image trans from inkjet paper is possible by the wetting and rubbing method, up to a point. As the tile bead looked quite old already I distressed it up a bit, which made it look like a very battered artifact from an alien civilisation or somesuch.

On the necklace front, I made some somewhat more conventional bead ones, using some of my seriously grungy, rustic, crackle glaze effect, ancient look technique beads. I am quite pleased with them, and will probably try them for sale quite soon. Most likely in my own Facebook selling group, once I have created one that is. . .

Until next time. .
Jon x 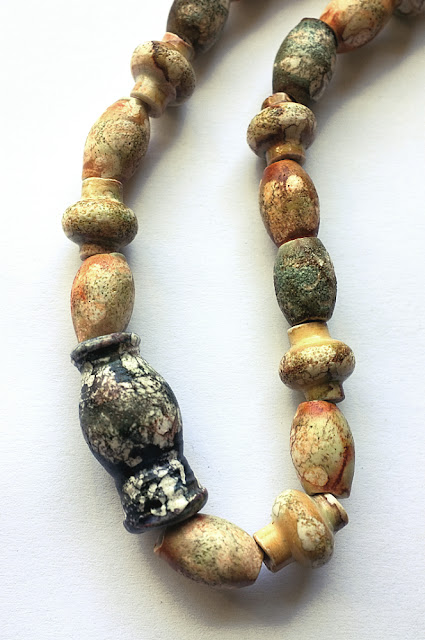 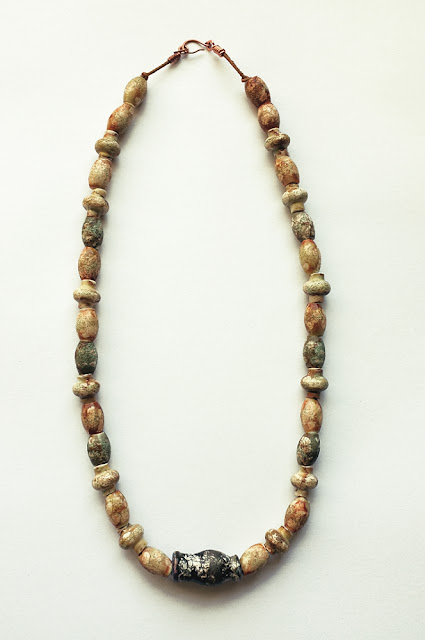 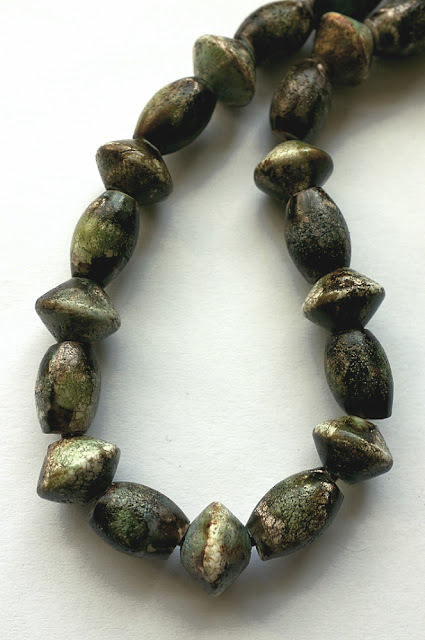 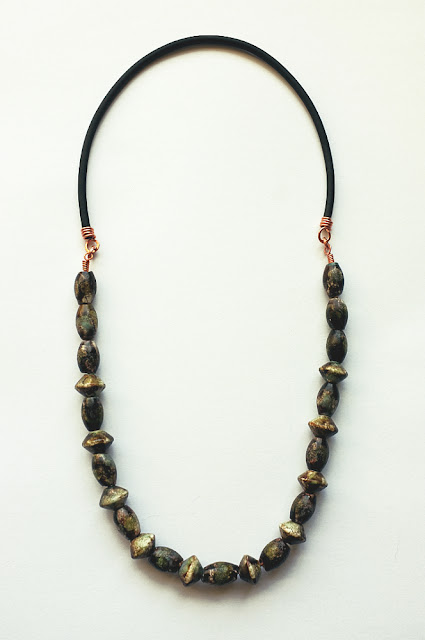