Spikes Revisited, It's Not The Putting On It's The Wiping Off, More Beads and Happy Accidents 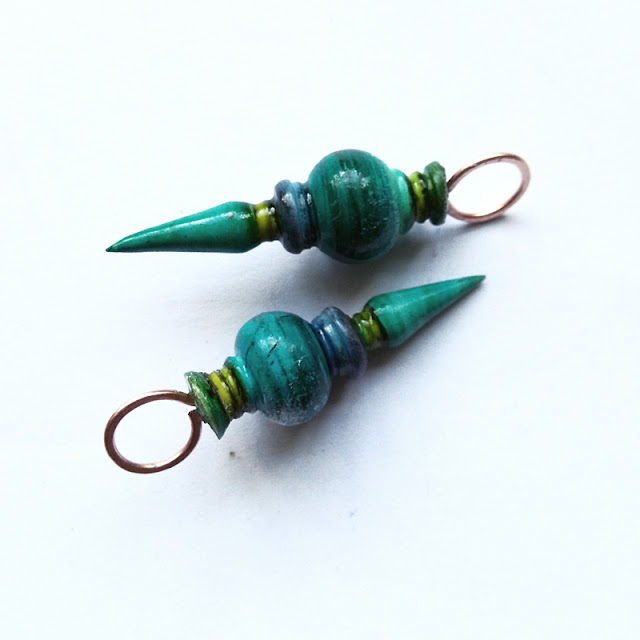 After a few months of working on other things, I had an urge to make some more spikes using my turned look technique. They always sold well so that was another reason to return to them.

I never quite know what colours I will use until I start painting, and because I use alcohol inks I have the option of layering colours and diffusing them with rubbing alcohol. You can get nice blends this way.

The other cool thing about alcohol inks is that they subtly and not so subtly change colour when diluted. They seem to be dye based and have a sort of base colour that lies under the main colour which is revealed when you paint over it with rubbing alcohol, or a paler ink colour. For instance, some shades of brown revert to a sort of light blue, which seems strange but can look good.

I also find that wiping the ink off gently with a cloth reveals this under/base colour too. It also is a way of softening the hard line that forms where two areas of ink meet. It's fun to experiment with this, and that way learn a bit about the quirks of the medium. You can then use said quirks to your advantage. 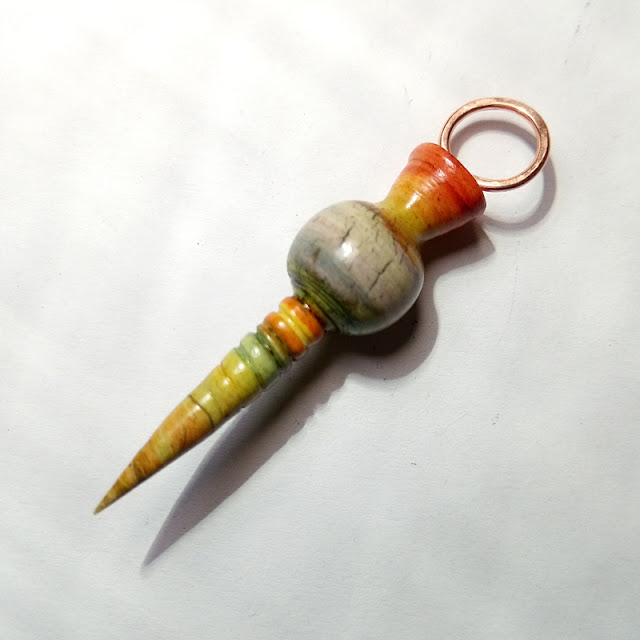 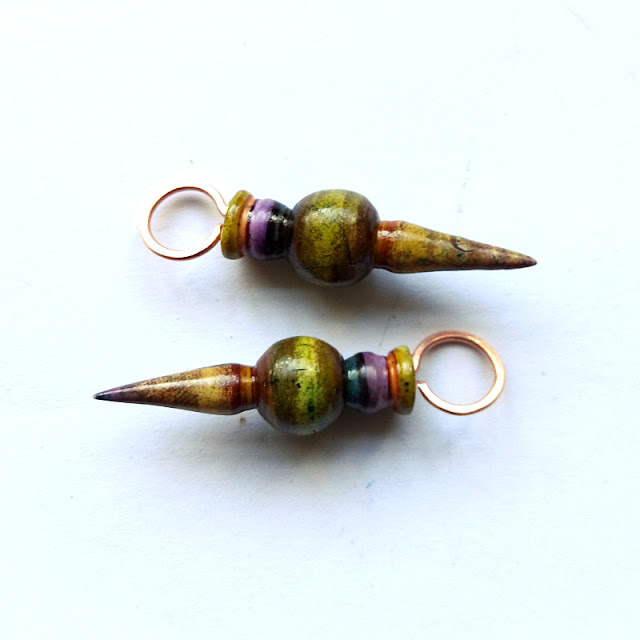 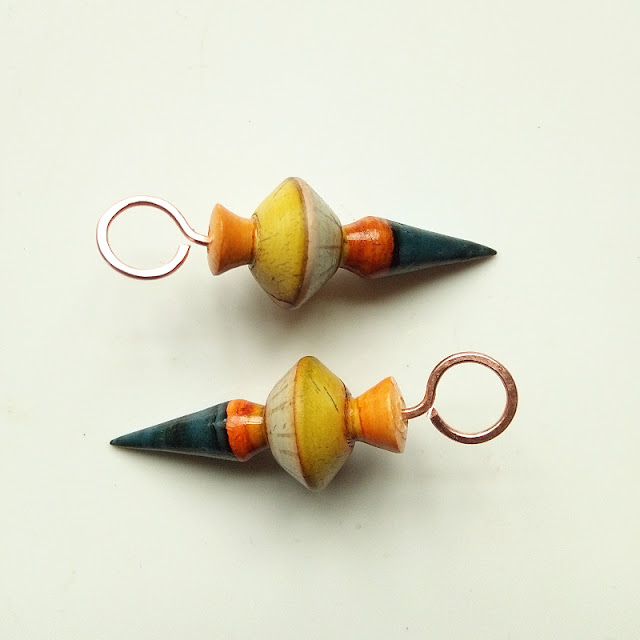 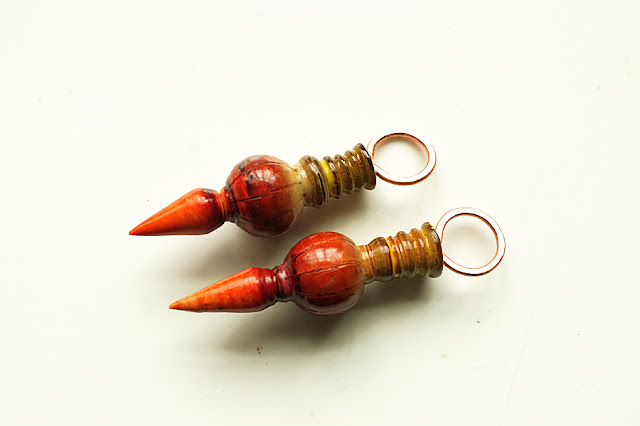 I have been messing about with acrylic paints and acrylic inks too. Combining them with alcohol inks and wiping bits off here and there. An idea triggered by what turned out to be a happy accident with some rubbing alcohol ;-)
It's a bit drastic at first but a gentler touch makes the effect a bit more subtle. I'm a bit obsessed with it right now so various distressed looking beads and spikes will no doubt appear in my listings before long. . .
Oh yeah, and I also found a good background to photograph things against. An old roofing slate from the treasure trove of inspiration that lurks behind our shed. . ;-) It makes colour matching in Pshop or equivalent so much easier too, white backgrounds are OK but they are a pig to get right colour wise. So many of my shots against white had a pinky tinged or a bluey tinged background even though the bead colour was pretty accurate. 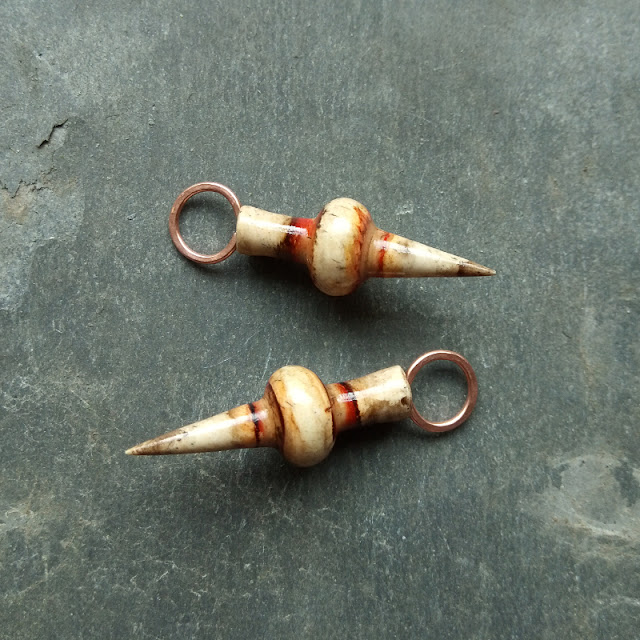 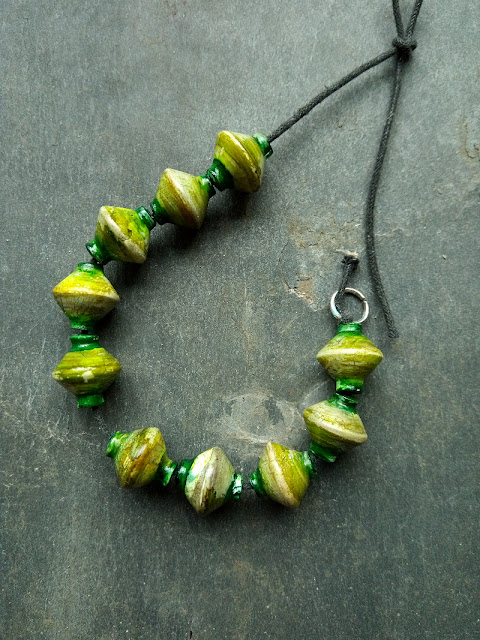 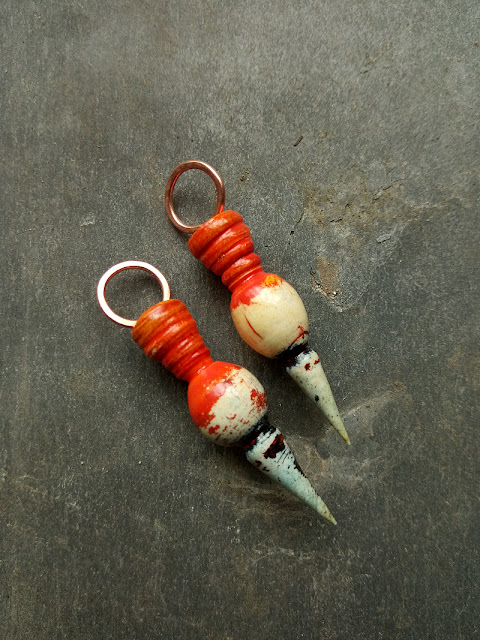 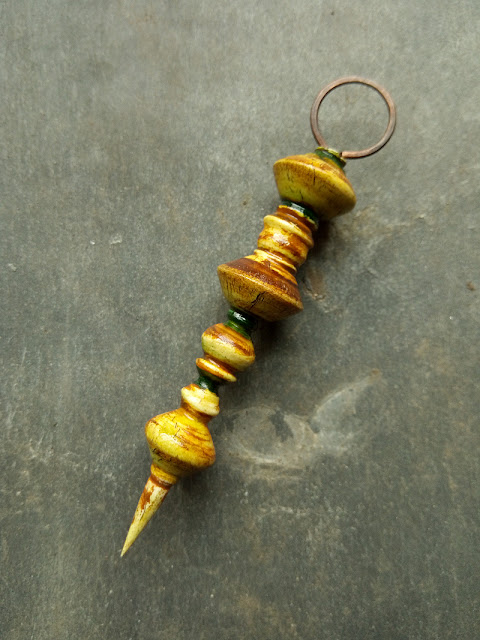 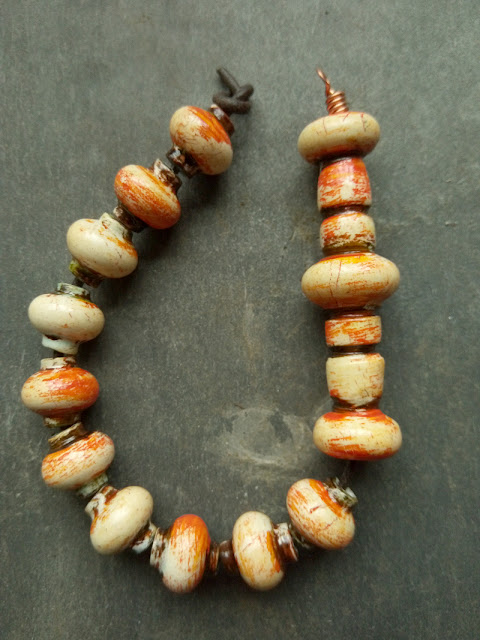 Thanks for checking out the way my work is heading. More in about a month's time.
best,
Jon x