Textures and upcycling your accretions. . . ;-) 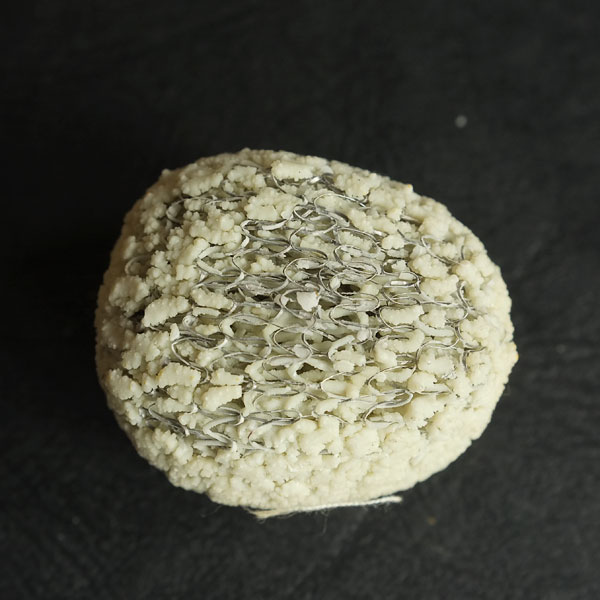 Just a quick post to keep the momentum going here. I've been fairly busy messing about making new things and trying out a few ideas. Nothing enough to post about in any depth quite yet really.
But one of the things I was playing about with was textures. I found a somewhat gross but useful texture source that you would quite likely have in your home. You know those wire wool type things you put in the bottom of the kettle to crystalise out the limescale stuff that makes hard water 'hard'? Well, apart from scaring you by making you aware of what the hell your kidneys have to cope with on a daily basis, the crusty accretions kind of bursting out of the wire mesh that you get when the wire wool thing badly needs changing, (I know, I know. . .) makes a really cool texture.
Once you get the loose stuff off, you can use it as is, or make a mould with it using whatever substance you normally use. I have some 'Mold Maker' I think it's called, left over from a while ago, so I used that. It worked OK. You could use scrap clay, it wouldn't be flexible though. 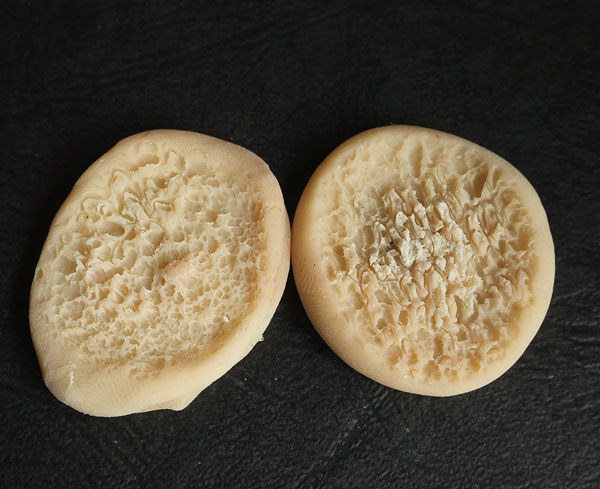 I used it, via a sort of texture 'mask' to make this textured connector bead thing. The texture mask was a plastic sheet with regular holes in it, left over from something I can't quite remember. I laid it over the polymer clay and pressed the texture sheet onto that. The texture only appeared where the holes were, if that makes sense. 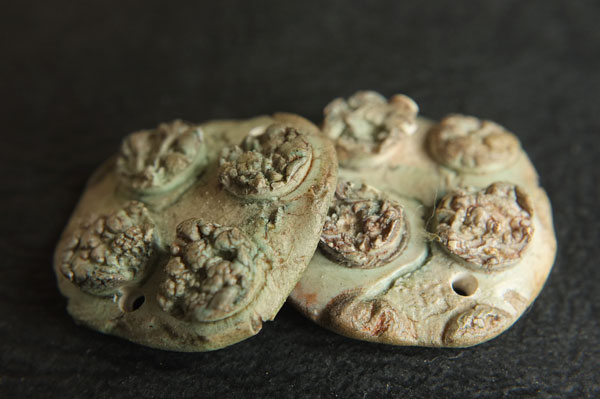 I also made a bunch more photopolymer texture sheets using my digital images. They came out Ok too. I need to do a post about that process I think. I made a some flat textured beads to test them out. Here's a couple of them. 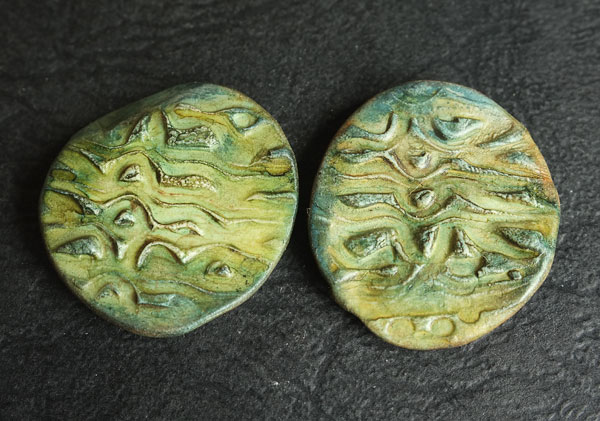 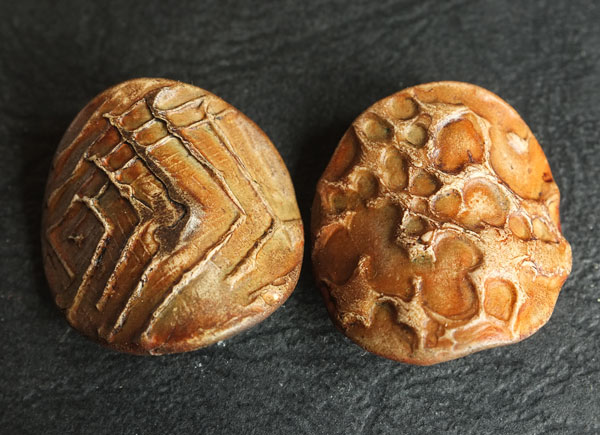 Anyway, have fun with your hitherto unwanted limescale catcher. . . ;-) or not of course, your call.
Jon x

Just thought I'd document the state of my workspace as it has got a bit ridiculous. It may even be bad enough for me to actually tidy it up, but the jury is still out on that one. I still have about 12" by 6" blank space, and anyway, I tend to work on my lap for some reason. I bet this level of disarray is familiar to some of you out there ;-) If not. . . I am in awe of your environmental control. . .
Explore the chaos. There are beads, little image trans squares, raw clay, baked reject things, cutters, real shards, a chunk of concrete, earring beads hanging up on my improvised rack, some flint and other wondrous goodies. . . enjoy. 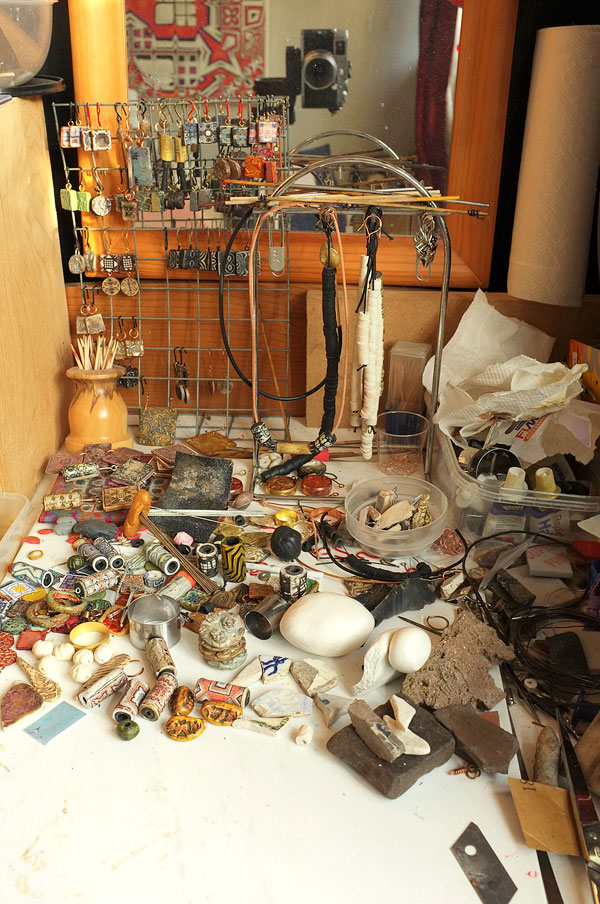 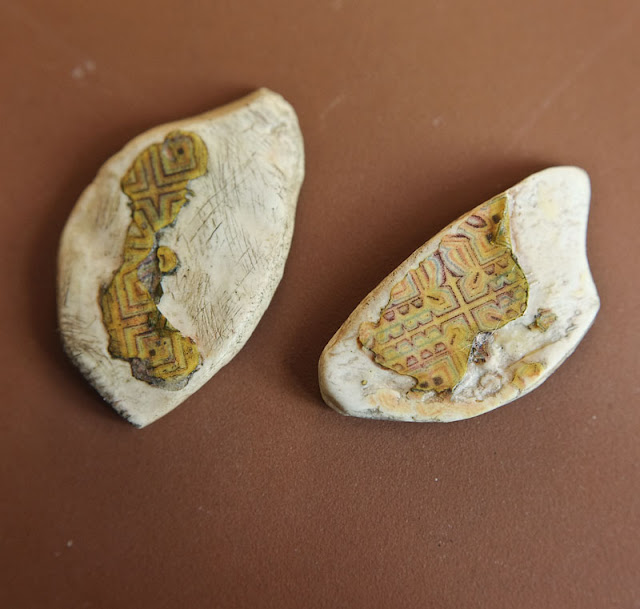 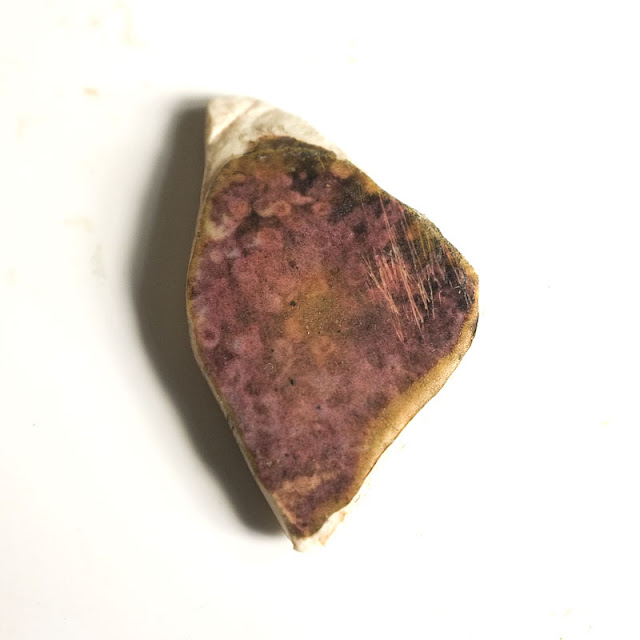 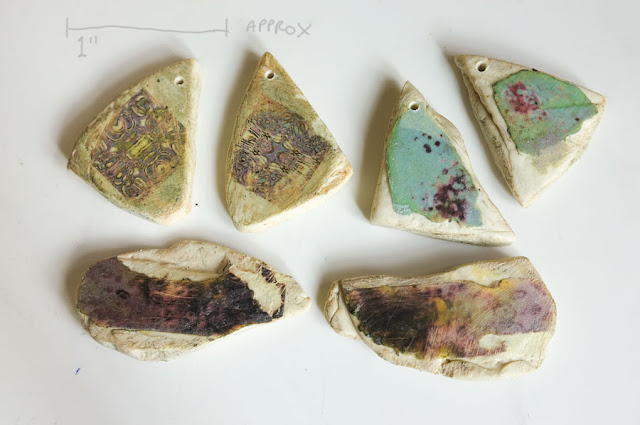 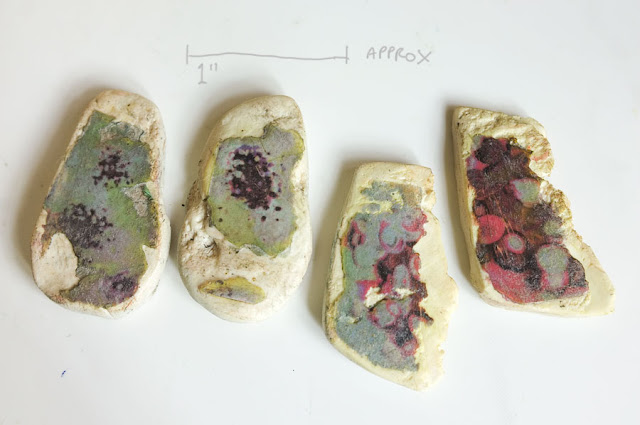