Holding Back and Falling Off a Cliff 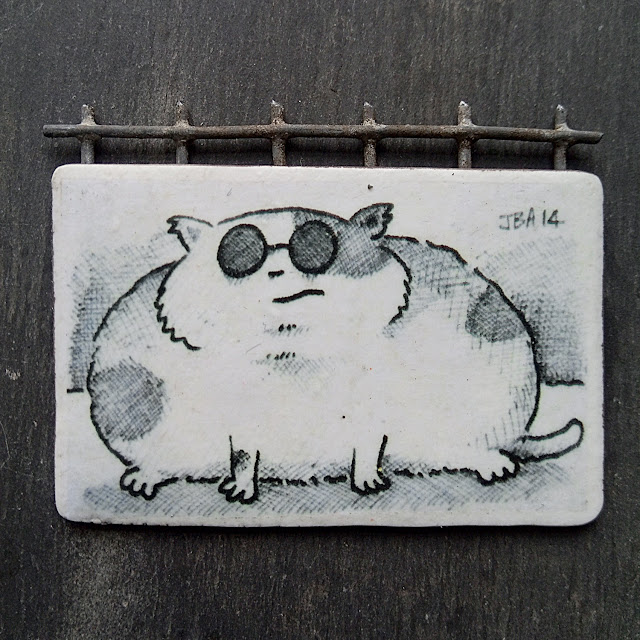 This Holiday/Christmas/Other break, as well as being a pleasant bit of family time and chilling out time, has been quite useful as regards the space it provided for contemplation and for gaining perspective about creative work. For me anyway.

I don't feel massively renewed and refreshed necessarily, but I do feel that I've gained a bit of insight into my creative process that might help me, 'going forward' as they say. 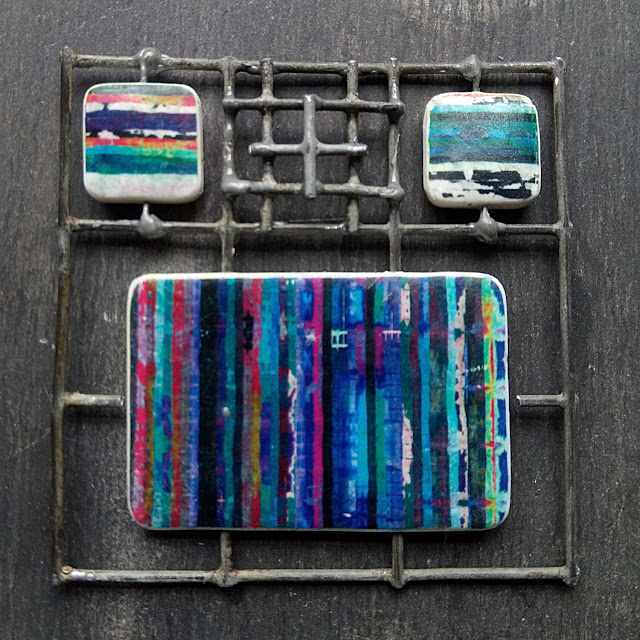 I have come to realise that I hold things back. This seems to be out of a sense of anxiety.
It appears that I need to have something 'in reserve' to bring out if 'all else fails'. Something that serves, in my mind at least, as a kind of creative insurance policy. A fence between me and the void. . .
It's not the most sensible thing to do, as whatever it is that I have in reserve may not be the killer sure thing I imagine it to be at all. And if it fails then that's my supposed parachute shot full of holes and me making an unpleasantly close and very swift acquaintance with the cold hard ground. . . 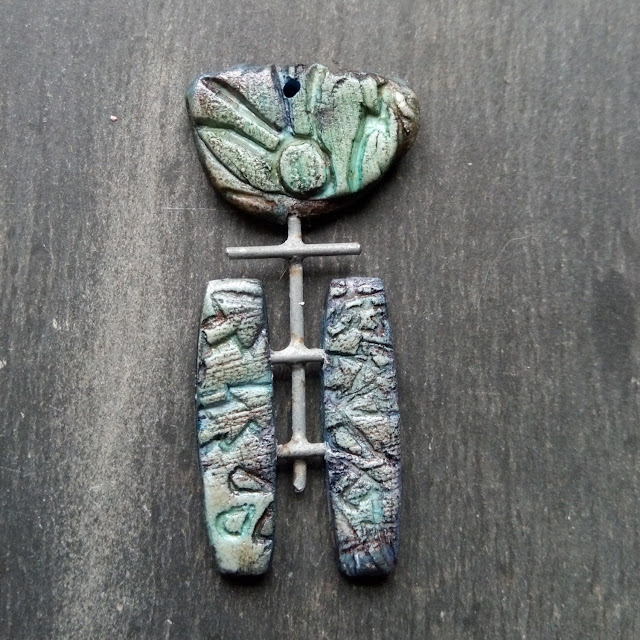 It all comes from fear I think, deep down somewhere there is a fear of . . Well, I'm not sure quite what. Not failure as such, maybe fear of finding out that I was delusional all along and really my work is total rubbish ;-) Or that those that have approved of and followed my work will suddenly realise that they were also delusional. . .
(Actually that fear, at various levels of severity,  is quite common amongst artists I have spoken to over the years. Rationality is not us. . .) 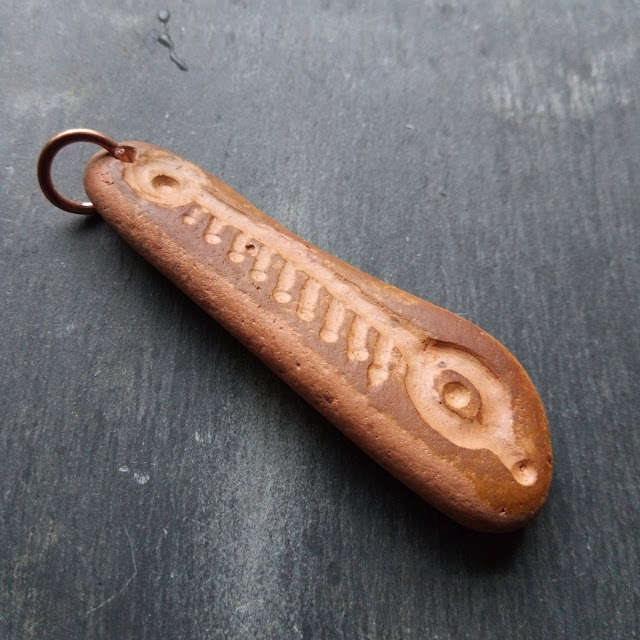 This revelation regarding undue and unnecessary retention of creative work came about from a growing and persistent feeling of being blocked, by myself. Not wanting to make something because it wasn't what I felt I 'should be' making. Or not wanting to put something up for sale as 'nobody would like it' or 'it doesn't feel right' or because now is not the time somehow. Though exactly what I think I am waiting for and why is by no means clear.

(Beware of the concept 'should be', it's you imagining an outside observer judging your behaviour and output. No such judgemental outside entity exists and even if it did, you could never accurately predict such an entity's opinions. So don't go there. . . Easily said mind. .) 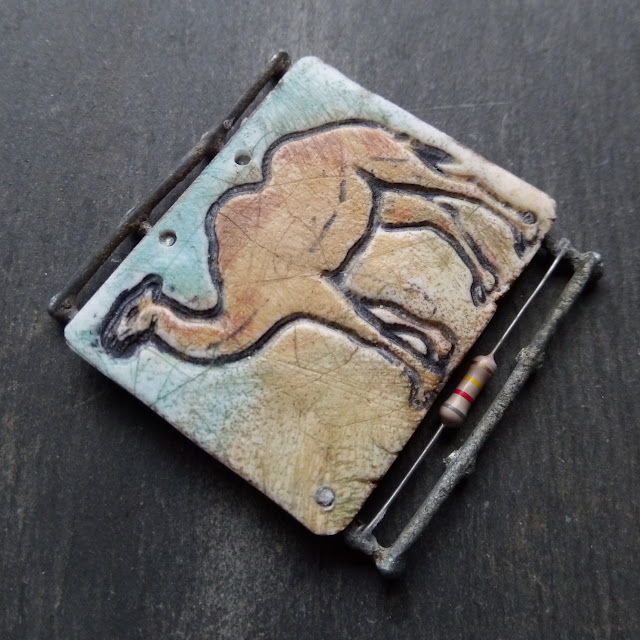 This led me to notice that I was holding various components back when making pieces, being retentive about some particular found or made object because whatever idea I had at that moment about how to use it might not be the best use for it. It wouldn't be using it to its best advantage. Maybe I would have a better idea at some amorphous and unspecified time in what is generally known as 'The Future'.
Anyone else do this?

It all comes from a place of fear and lack, as if I will never find or make another object as good. As if the supply of interesting and usable objects in the world will run out, or as if inspiration is actually finite.
This mindset is obviously unhelpful, but thankfully, once noticed can be combatted. 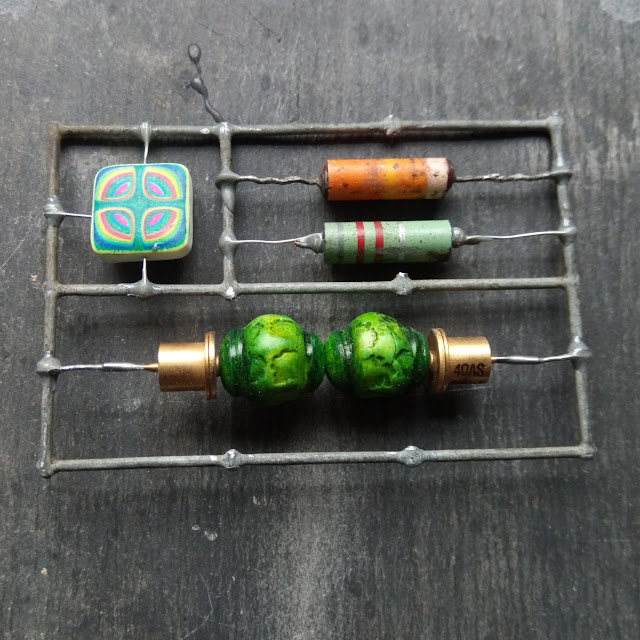 In future, I intend to be less uptight about what I make, I shall use that 'precious' component and then move on. I will always have new ideas and find interesting things to mess around with. The world is an abundant place ;-)
And if I am delusional about my work's value to anybody other than me, well so be it. I'll fall off that cliff when I come to it. . . 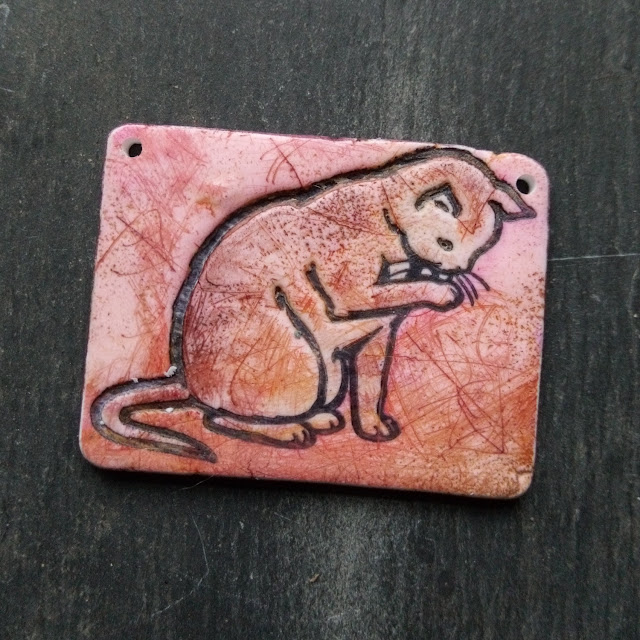 I think these creative semi-crises are part of the creative process to some extent, and follow the classic bell curve of slow build up, tipping point/revelation and then slow build up again. Despite the psycho drama, work gets made, some of it not bad, I hope ;-)
Happy new Year,
Jon x 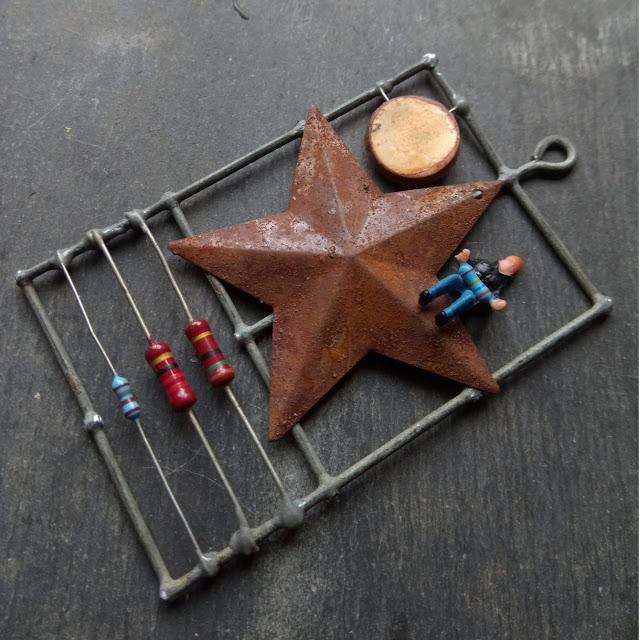 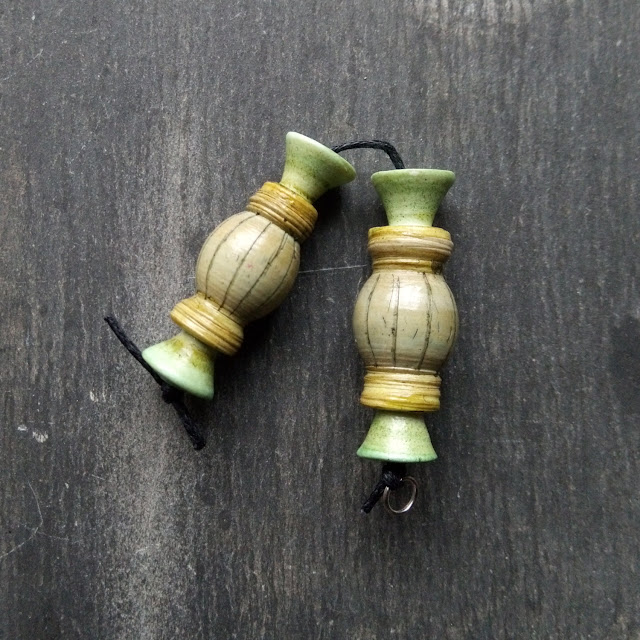 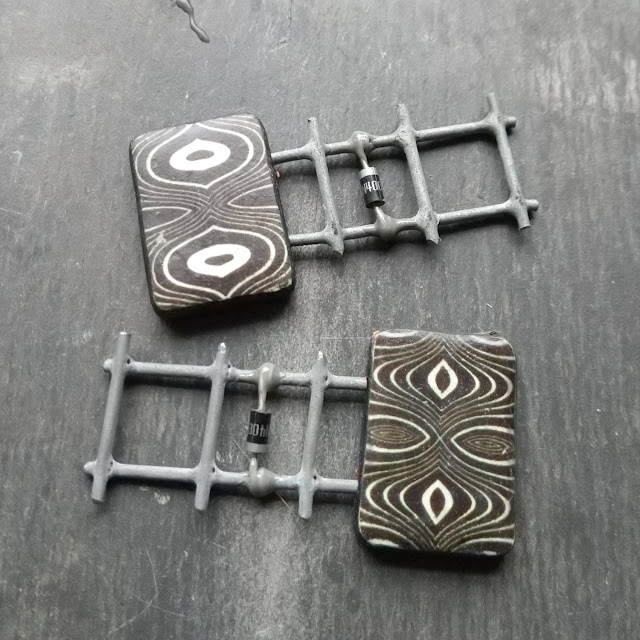 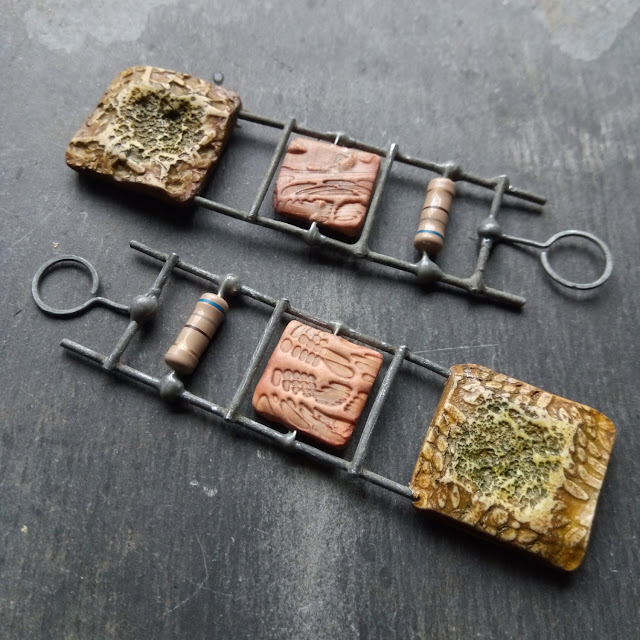 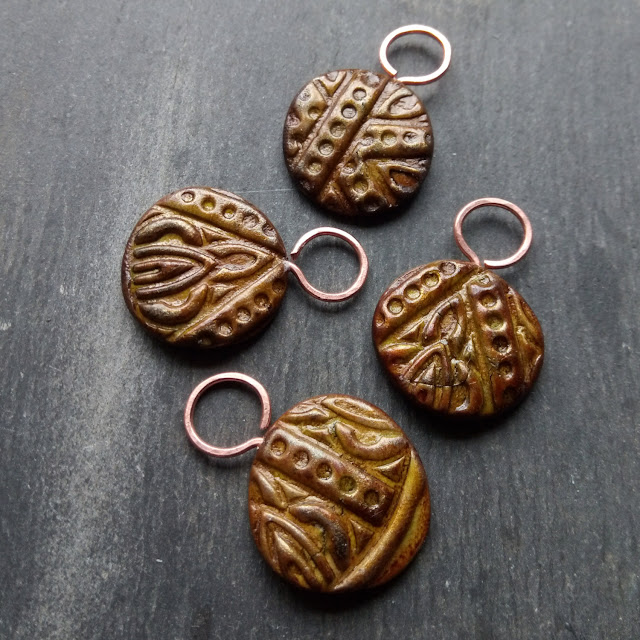 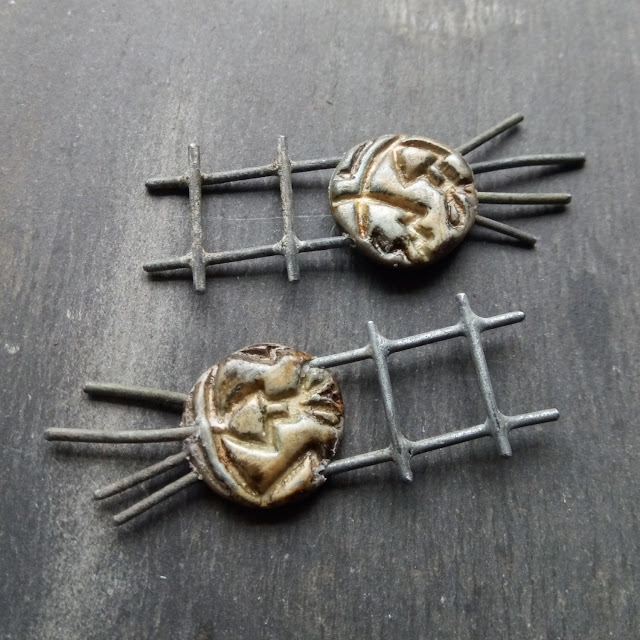 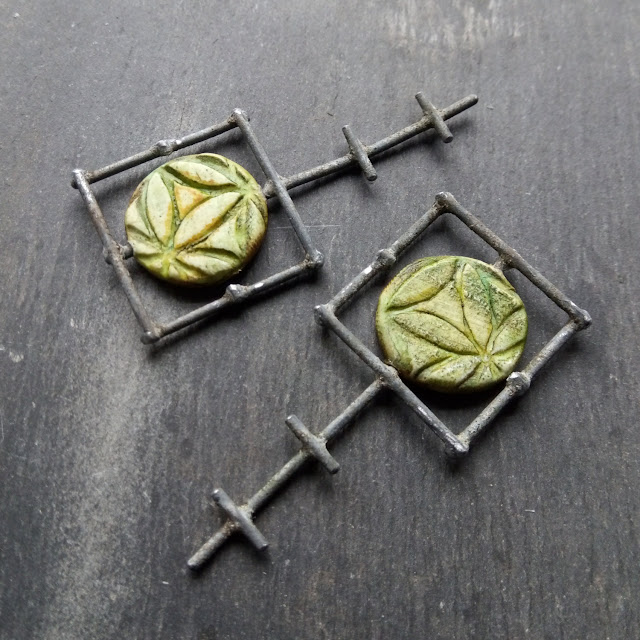 
Posted by Jon Burgess Design at 05:46 No comments: