One year ago, I had been playing around with polymer clay for a couple of months, discovered that people made beads with it and got interested in the whole subject of what beads were and could be and what polymer clay could be made to do and be. . . And had started making beads.


I realised very early on that I had a feel for the more crudely handmade or 'rustic' side of things. Especially when I started to work out what paint and inks and gilder's paste etc could do the surface of said beads. making them look like ancient artifacts or strange tribal beads from somewhere dim and distant.


I liked what I was producing and decided to try putting them up on Etsy to see what would happen. I had very little expectation that anyone would buy anything for months at least, if that. And anyway, it wasn't exactly expensive. Amazingly, I sold something within a couple of weeks. Then sold something else. So I took it a bit more seriously and started making more and listing more. 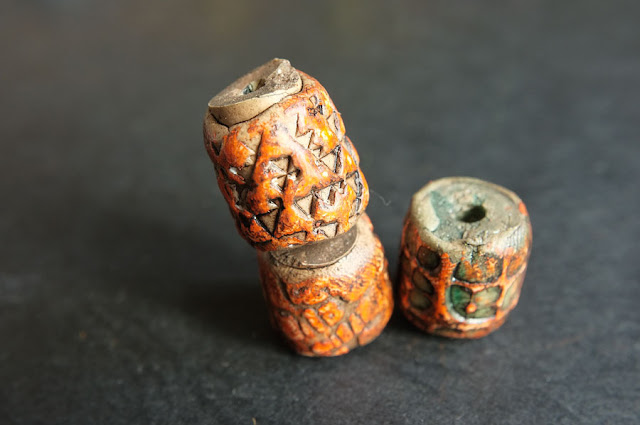 So my shop has been active for a fraction over a year now. I've learned about SEO and Relevancy, well, up to a point, but what I have managed to put in place has helped me get seen in what is a very saturated niche on Etsy. Sales have slowly grown in frequency and I think my work and style is gradually becoming more widely known. 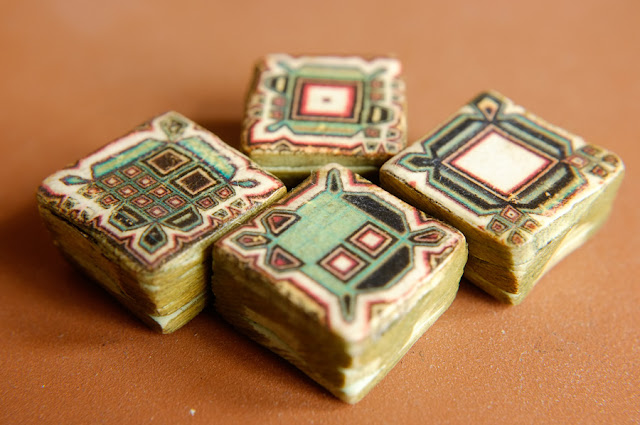 So I'm really pleased that I started on this strange polymer clay adventure. Strange, because it is such a departure from anything else I do or have done, and also strange, because I seem to have managed to get something pretty much 'right' from the get go, which is not my normal pattern of learning.
Let's hope the next twelve months are as interesting.
Jon x

Posted by Jon Burgess Design at 10:07