Saved from the To-the-Charity-Shop box. For far better things. . . . 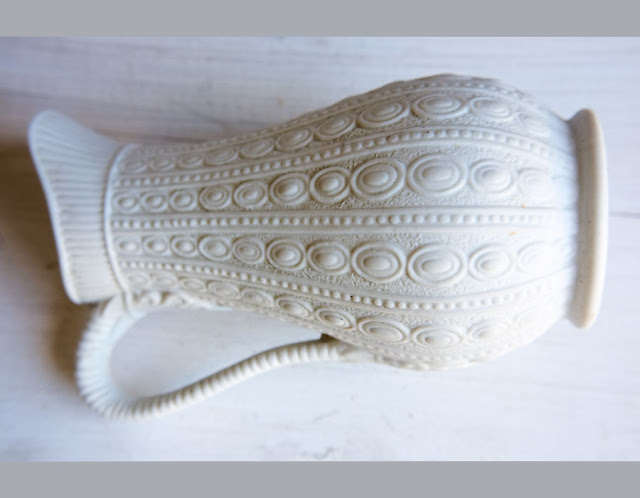 This is a Portmerion jug that my mum had, and which has been lurking in various cupboards and on seldom visited shelves for years. I have often made a mental note, when it so happened that it came into my field of vision, that the raised design on it might have textural possibilities.
So when it turned up in the this-is-going-to-the-charity-shop, should-I-stay-or-should-I-go, pending box I thought I had better rescue it and actually try out said textural possibilities.
I think the design is based on some older Staffordshire pottery, Wedgwood or some such, and before that Ancient Greek. I could research this but can't be bothered so if I'm wrong, I'm wrong. . .
So anyway, I rolled it on a spare bit of polymer clay and quite liked how it came out.
Another thing I have had lurking for quite some time is a remnant square inch of Amazing Mold Maker. You know, that poly clay type stuff that stays flexible when baked and is used for taking texture impressions and making moulds. So brushing the dust off that I made a texture sheet/mould of the jug pattern. 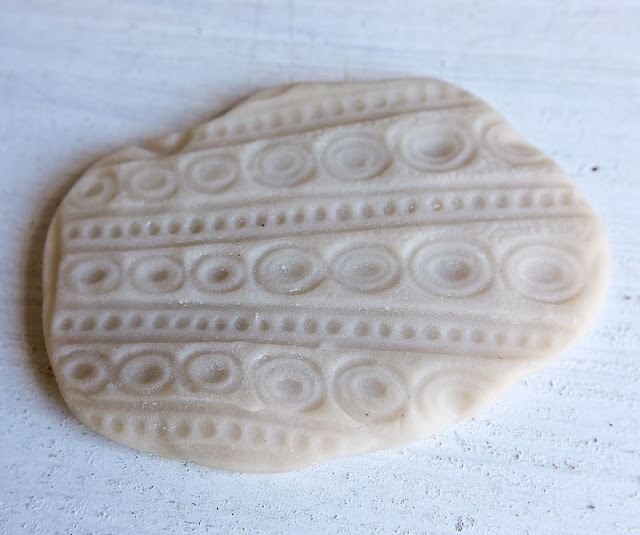 It never comes out as crisp as I would like but it serves.
Now, what I like to do is roll bits of polymer clay between two textures, and here I had two versions of the same texture, one positive, the jug, and one negative, the mould or 'mold' if you prefer, though to anyone from the UK, that is a seaside town in North Wales. . .
So, without further ado, whatever that is, I rolled polymer clay between the two textures. Here are the results. 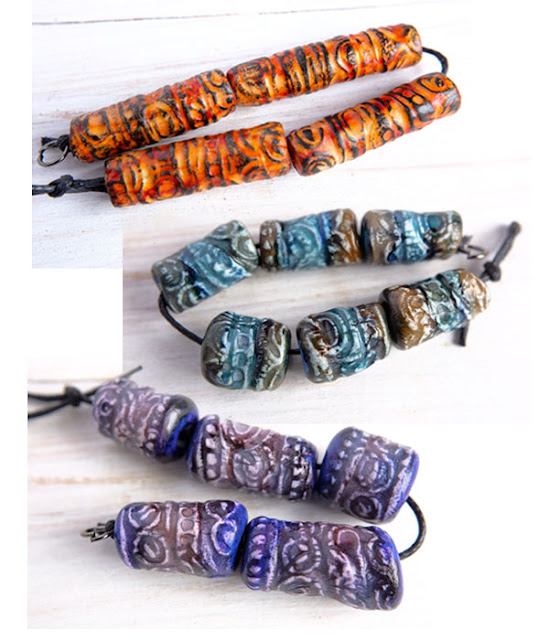 Well, obviously I painted them with alcohol inks, sanded the raised bits gently and varnished them. Somehow the pattern takes on a different feel, almost as if I had used a bit of lace, as I have seen done by various artists. They are verging on the pretty. Sorry about that ;-) 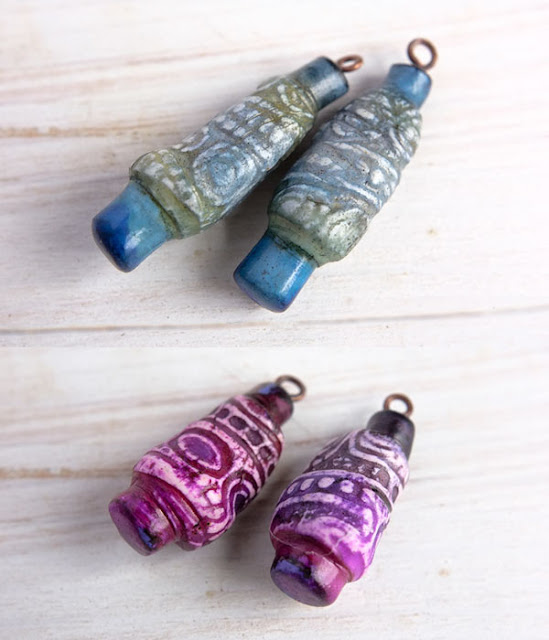 These earring drop charms were also the result of my experiments. You can see the positive and negative patterns on the purple ones quite well.
Nothing more exciting to report on the house front, the bees in the 'chimbley' are quiet, so when the weather gets a bit colder we'll get the roofer/chimney repair man in.
Sales in my Esty shop are chugging along. It's nice to have that bit of affirmation to help the creative confidence along. It's nice to be relatively unstressed after the horrors of buying and selling and moving house etc.
Oh yeah, and it was extra nice to be featured on Polymer Clay Daily the other week, and to get a mention in the Blue Bottle Tree blog too. ;-)
Jon x

Posted by Jon Burgess Design at 05:38