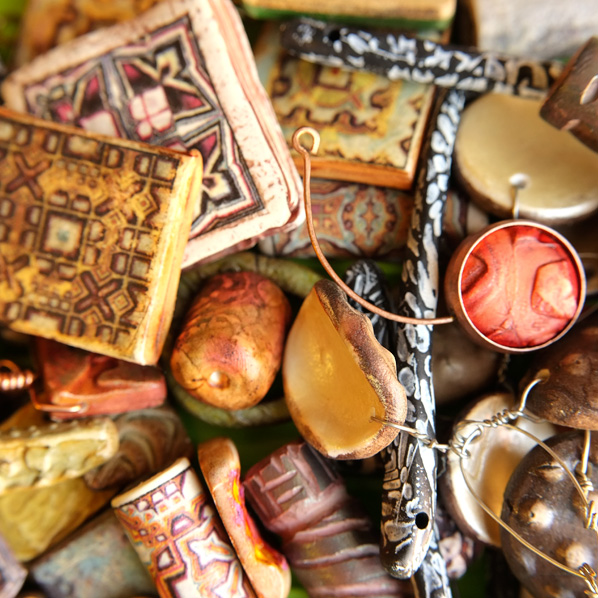 Well, I had a great idea the other day. I would get all my beads I saved from deconstructed necklaces that never quite worked out, all my experimental beads that didn't quite fit with others, and some beads I like but haven't used for anything and most likely won't use for anything, photograph them and list them as a big destash (auto correct says 'deaths'.  .) sale. I could publicise it on Facebook etc etc. So I did that.
I got a nice response, so thanks for the views and faves, but it didn't turn into the stampede of bargain hunters snapping up beads right left and centre that I was hoping for ;-) Never mind. You can lead a camel to water, they say, but you can't make it put on a blonde wig and dance the Watusi. . . Wait, maybe they don't exactly say that, but you get the gist.
I'll keep the destash section going for a week more maybe, then de-activate the listings, as they are kind of filling up my front page somewhat.
I have had some sales though, just not anything in the destash sale. .

In between photographing and listing old beads I have been making some flattened profile bicones. I also have been reacquainting myself with my marbling/crackle technique and reminding myself of its little ways. The results have been good, though I say it myself. I went with more subtle colours which added to the gentle, faux ceramic, faux stone vibe that they exude. . . 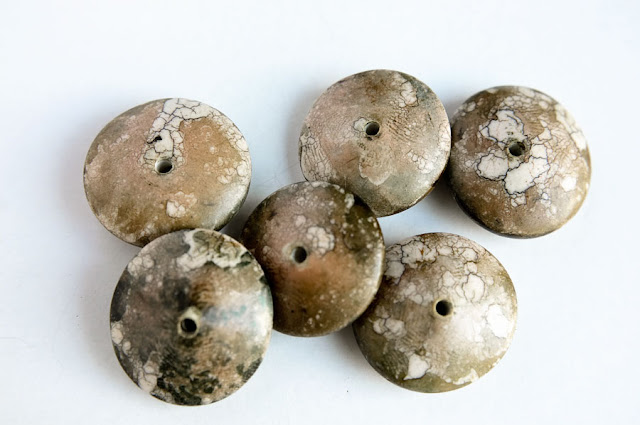 The other recent departure for me in my bead making of late has been the manufacture of some simple, unadorned but still rustic beads, intended to compliment my other beads. They have gone down quite well, as they are reasonably priced and come with a discount if you buy with other beads. I think Etsy allows me to do that. Can't see why they would have a problem with it. 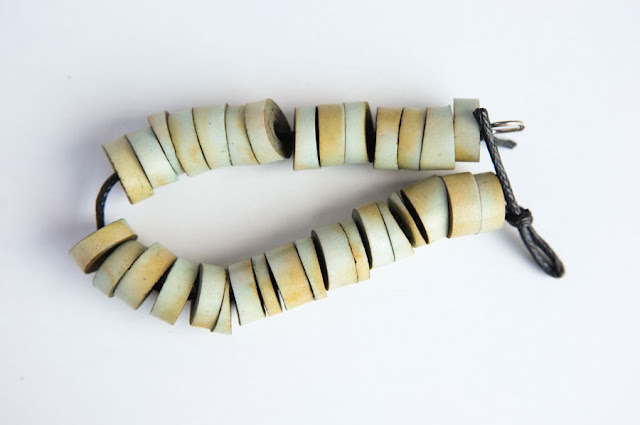 Bees in the chimney - I spoke to a local beekeeper on the phone. A really helpful old chap who gave me the lowdown on the issue. He had a wonderful Norfolk accent, and told me the problems trying to get rid of the bees in my 'chimbley' could bring. The upshot is that I will leave them be (bee?) and see if they survive the winter. They don't fly once it gets below 10 degrees, so we can get the roofing work done next month maybe. They have still been coming down the chimney in small numbers though. I blocked the small hole they were getting out of the wood burner through with polymer clay (of course!) and draped an old coat over the front just in case they were attracted by the light. That seems to have stopped the problem. But I'm not opening the door unless gets it gets cold. The old beekeeper said I should light a 'smookey' fire to spook them if they have tried to build anything in the actual lined part of the chimney.
Country living eh?
On another country living note, I thought we were down to just one guinea fowl as I hadn't seen the other one for a day or two. I sadly wandered the edge of the garden looking for the corpse or evidence of a fox of whatever, but found nothing. Nothing that is, until I disturbed guinea fowl two from her nest under the hedge. . . That's where she had been. Nesting, in October! Poor silly thing. Oh well, they are from the plains of Africa, so haven't got a clue about rural East Anglia and things like winter. The eggs most likely won't hatch, and if they do I give them ten minutes before they turn up their little toes and die. The last brood they had lasted about a week, and that was in the high summer.
It's a hard world.
Jon x
Posted by Jon Burgess Design at 11:48