Downs -
Yesterday was a bit depressing. I got some feedback informing me that I had messed up big time.
A month or two a go I made some 3cm ish size textured and surface messed with disks as a way of showing my groovy textures. I then had a bright idea, they would make really nice buttons. So I drilled a couple of holes and put them on Etsy. Yay, Buttons! They got some likes and some kind soul bought some. 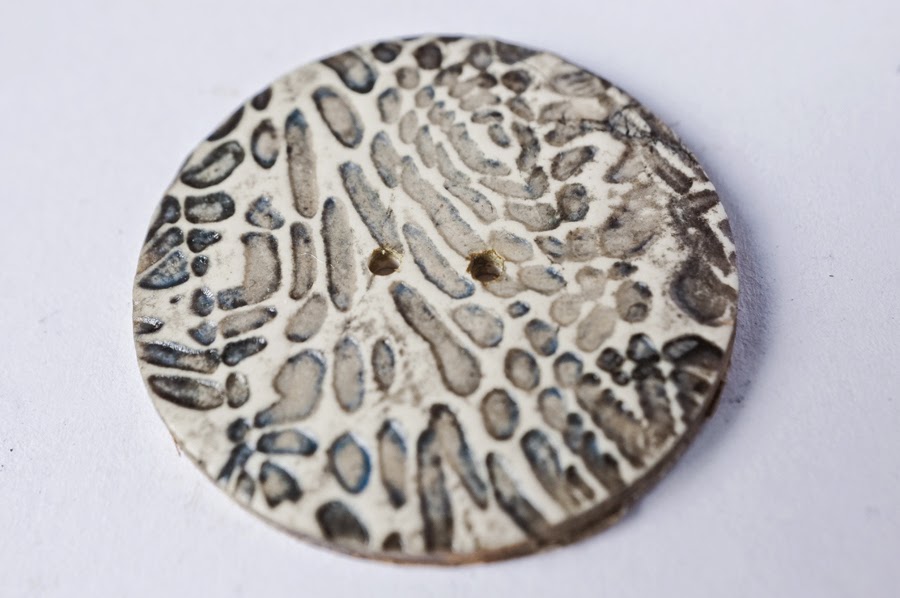 The trouble was, in my haste to get them out there, and with my concentration on what they looked like, I had overlooked an important thing about buttons and about the durability of polymer clay. Buttons have to be pretty strong, and a largish disk of polymer clay at about 2.5mm thick is not going to be strong enough to withstand the stresses that buttons need to withstand.
Sure enough, they broke and the buyer left a fully justified bad review. I of course apologised and offered a full refund including postage. I felt really stupid and guilty. . . Still do. So I have taken all the buttons I was selling off Etsy and will not offer any more for sale until I know that they are up to the task. I'm so annoyed at myself.

Ups -
This morning I sold a necklace! One of my image trans tube beads ones. Don't worry, unlike my buttons, my beads are solid! And the clasp on the necklace has been vigorously tug tested so that shouldn't embarrass me anytime soon. I sincerely hope! 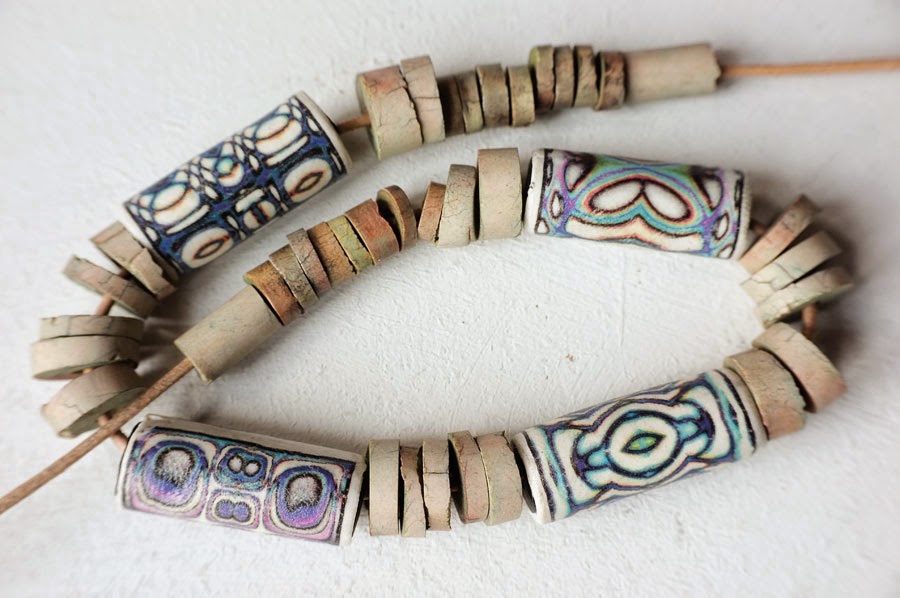 And a local gallery sold two sets of my glass coasters. That cheered me up. I needed a bit of affirmation to counteract the button fiasco.
Well, onwards and upwards is what I say. .
Jon x
Posted by Jon Burgess Design at 04:53