Nothing terribly exciting to report over the last week or so, though I sold some beads which is always encouraging. 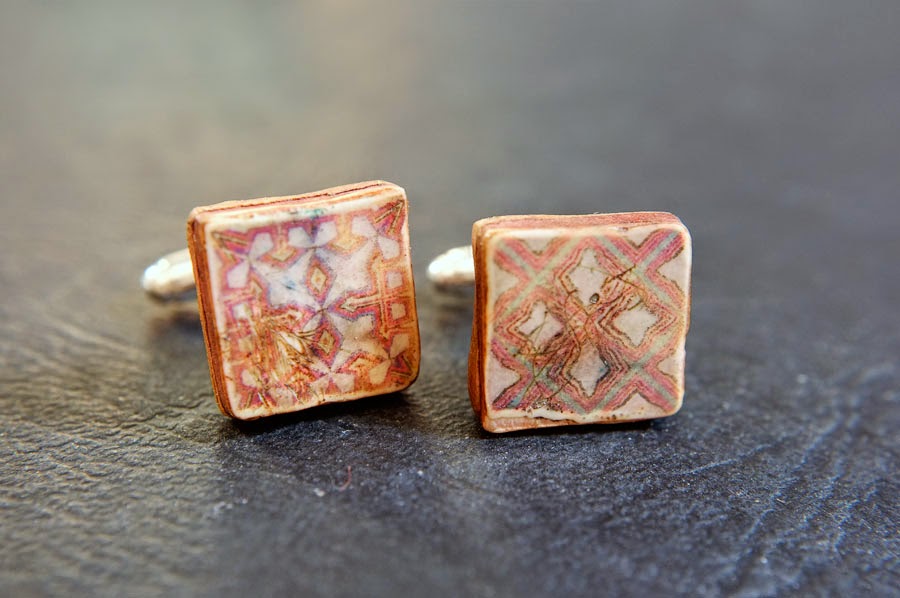 I have been making stuff however. Like these cufflinks, using small image transfer beads, greviously aged with sandpaper and inks etc. I really like how they look. I've had a good reaction from those who have seen them so, I will see how they fare on Etsy. I should probably wave them at some shop proprietor or gallery or something. I need to find the right kind of venue. 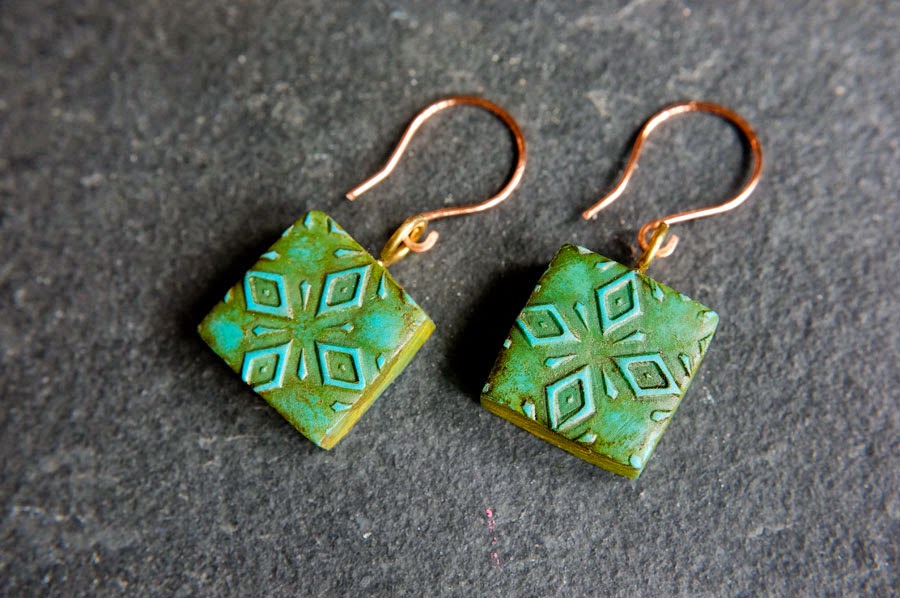 I've also been making a series of textured earrings, using some old stock of coloured polymer clay and the usual surface treatments. I'm going to try some stud/post earrings soon. I've ordered some sterling silver findings for that, as a lot of people do seem allergic to copper and nickel. 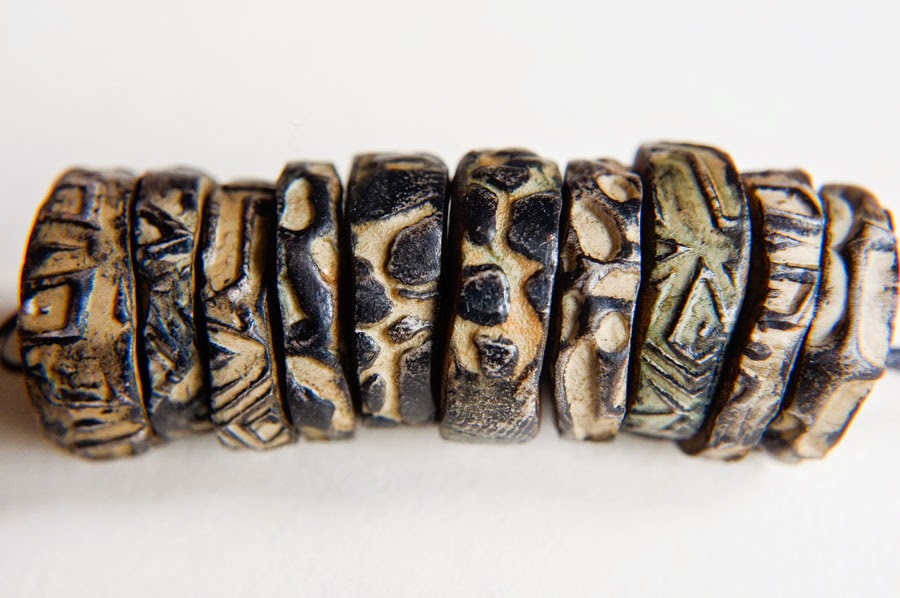 As all my disk beads had sold I figured I had better make some more, so I've been doing that too.

I am aiming to get to 100 items in my Etsy shop, but every time I get within reach, somebody buys something ;-) Listing stuff is a bit tedious if you do it according to good SEO practice, you have to find various ways of saying the same thing as Google punishes text that is too similar, apparently, and you don't show up in searches. (not sure I show up in searches anyway to be honest, but I have to keep the faith). So if I post ten similar earrings, I have to vary the wording in subtle ways, while keeping all the keyword phrases in place, and making it read as though it might just be english as we know it. . . Not much fun. I hope it's bleedin worth it, that's all I can say.
Posted by Jon Burgess Design at 09:38