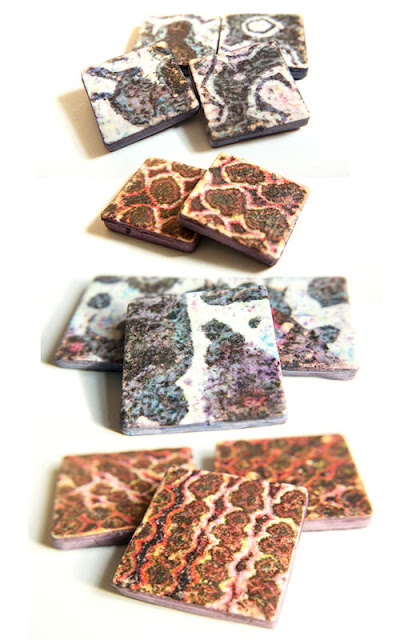 Well, it's the 13th May. Ooh, Friday the 13th ;-) not that that has ever bothered me particularly. Anyway, despite my silence on this platform I have still been following my fascinations, albeit alongside interruptions from our house selling and buying ongoing process. Just to give you some context, we are moving further out into the country, we are in the throes os selling our house and buying another, solicitors, surveys etc. It all takes time and makes you feel totally powerless, which is not good, so I am glad I have things I can achieve results from in fairly short order.

The images I make use the mathematics that impersonates or echoes naturally occurring forms and distribution of forms. The dread word 'Fractal' has to used at this point. I don't mean the swirly, exactly similar but decreasing in size, rainbow coloured things that you used to see everywhere years ago, I mean what are known as 'Random Fractals'. These have the same self similarity and iterations of scale as the swirly ones, ('Deterministic fractals' I have been told is the name of those Mandlebrot Set type ones) but they repeat in a random way, so you get a similar shape or form repeating at various sizes in randomly determined places, making a pattern that repeats, but not exactly, and not in a strict geometric layout. Kind of faux 'natural'.

The image transfer process and further deliberate 'ageing' be me, brings my own physical impersonation of natural processes, such as decay and random attrition, into the equation.

So I am making a digital image that looks like some unspecified natural form, digitally manipulating it to make it look decayed or degraded in some way, bringing it into the physical by printing and transferring it onto poly clay, then physically manipulating the surface to make it look decayed and degraded, which is itself a random fractal process. . . .

And they look cool, which is the main point ;-) Though why 'faux ancient' is considered desirable is not something I have yet fully worked out. . (I consider it desirable but haven't delved into that one yet)

My texture sheets are made in the same way, using the same kind of images made into texture stamps/sheets.

It's all fascinating stuff, arguably. I really enjoy messing about at both ends of the process - on my computer and on my work table. there is no shortage of stuff to explore.
Below is some more recent stuff you may have seen on FB or in my Etsy shop, but it's always worth a second look of course ;-)
cheers,
J x 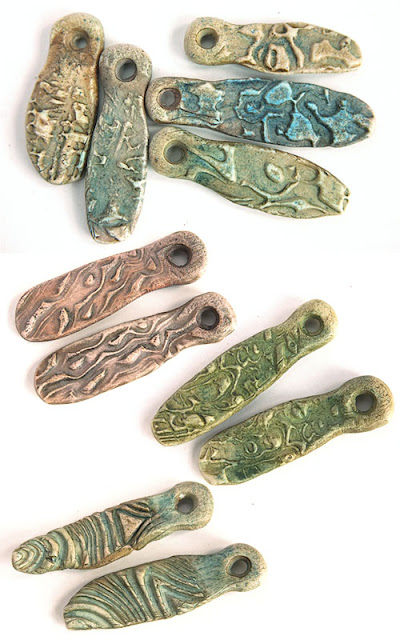 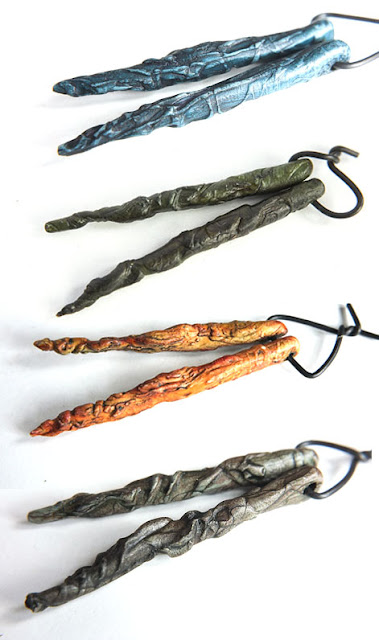 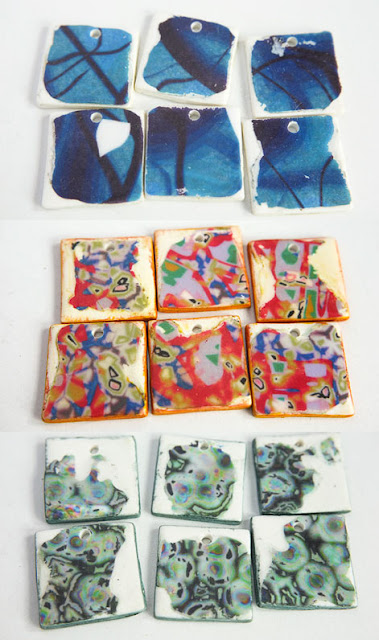 Posted by Jon Burgess Design at 04:14