Messing with Bails, Strange things in the Veg Patch and More Variations on the Usual 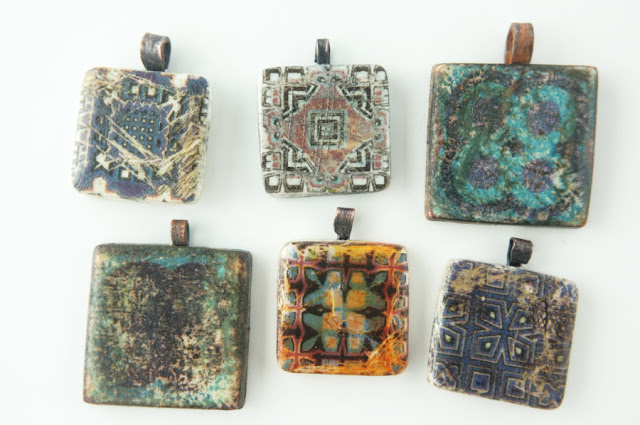 I have been considering some artily distressed image transfer squares I did quite a while ago, and trying to think where I can take them. They somehow got stuck as interesting small squares with no particular purpose. They didn't suggest anything in particular strongly enough to connect with people. Imho.
Oh yeah, I am forgetting, I did make cufflinks using them, but that didn't add anything to their 'interesting small square'-ness, if that makes sense. (?)

Anyway, I had various odds and ends of wire of varying thicknesses lying about, so I decided to try making some hammered flat, or hammered flat looking bails to give the little squares a definite function as drop charms. If that's the right name for this kind of thing.

The options I had were a) to flatten a small bit of wire and cut it off, leaving about 1/8" of round wire underneath it, if you see what I mean. Make a loop using the flat bit, drill a small hole, carefully in the 'top' of the square, apply glue to the round bit and stick it in the hole. That worked OK, but I had reservations about how strong the bond would be. I used superglue, but 2 part epoxy would be better I think. Drilling the hole was fiddly. A thicker bead would be needed. 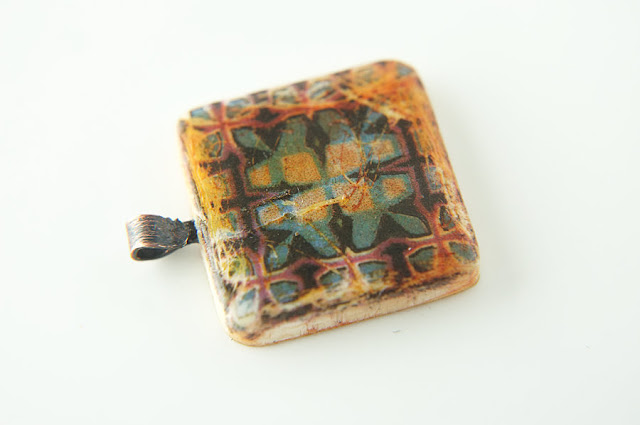 Option b) was to use a longer flat piece of wire, make a loop, grind a groove in the back of the square with one of the various Dremel bits I have accumulated, and glue the flat wire into the groove. It might make the back look a bit too rustic though. Not that it bothers me at the moment. I tried filling in the bits of groove not containing wire, with liquid Kato clear and baking briefly, as this would make the bond stronger and I just wanted to see how it would look. 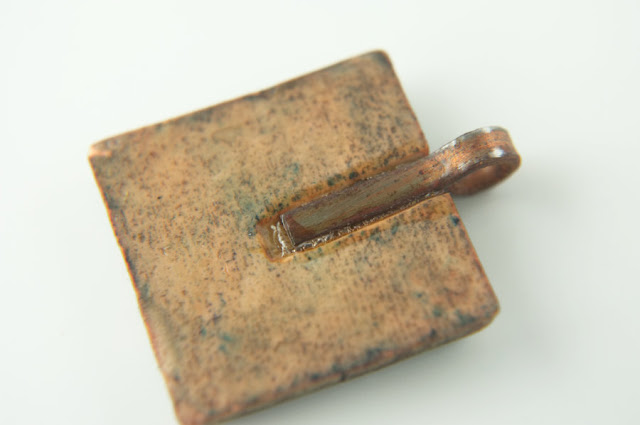 The flat wire in this particular case wasn't actually copper wire I had flattened myself. I up cycled a copper coloured steel staple from a large cardboard box I dismantled for recycling months ago. I spotted the staples and saved them as they looked as though they may be useful, and because it's the kind of thing I like to do. . . I like the way it looks. Trouble is you can't get hold of them in sensible amounts. I don't want to buy 1000 of them for twenty quid really. Anyway, that's a problem for another day. 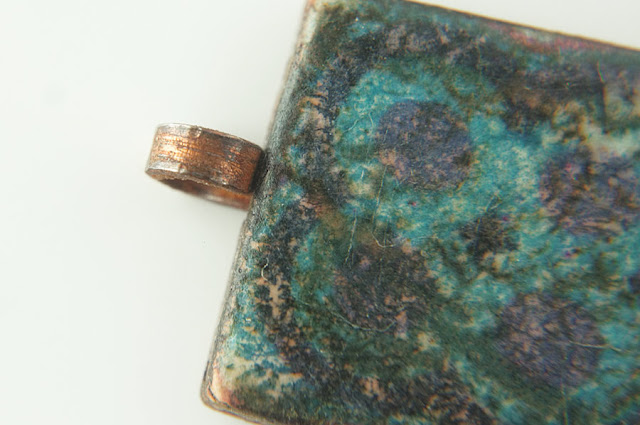 Option c) was a cross between 'a' and 'b'. To flatten some wire, leaving some round wire, make a loop with the flat wire and instead of drilling a hole, cut a rounded groove in the back of the square and glue the round bit into the groove. I quite liked the way this looked, though that might have been due to the way the dark oxidised copper wire (the real stuff this time) and the white, ceramic/marble look of the clay of this particular square. I shall let it all percolate in the recesses of my brain for a while before making some 'for real' and trying them out on the World. 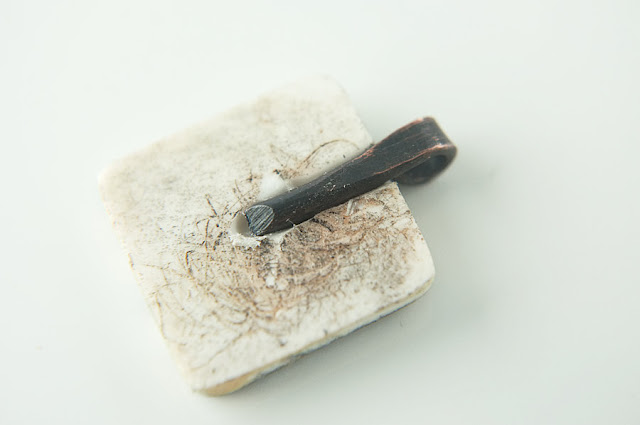 Bails aside, I was digging the veg patch earlier, as it actually stopped raining or snowing for long enough to get out there, and found what I thought was a rogue onion from a previous year or something. I poked it with the fork and it revealed itself as a rather cool lump of stone, probably flint. I shall pretend it's a fossilised onion from the triassic era though ;-) I think it's rather amazing, and the fact that it looks like a vegetable and was found in the veg patch gives it a whole different significance ;-) It now lives on the windowsill with other odds and ends. 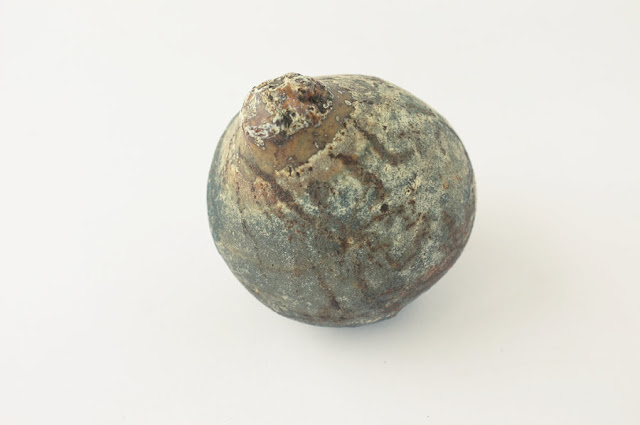 Here are some variations on 'turned look' beads, and a pair of more deeply scratched or incised spikes. All sold on FB apart from the blue and yellow ones. My internal jury is out on those, but the clean lines and colours are certainly a departure for me ;-)
Right, off to the jam night in the pub in the next village. St Patrick's day, but I don't think there is anyone Irish in the village. Nevertheless we have a few Irish folk songs etc hastily added to the song list just in case. Have a good one wherever you are,
Jon x 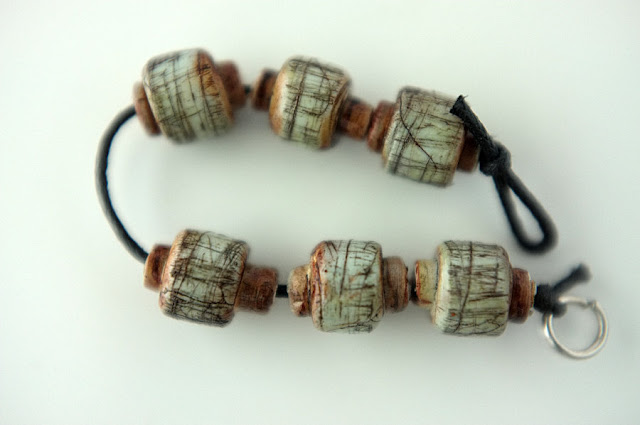 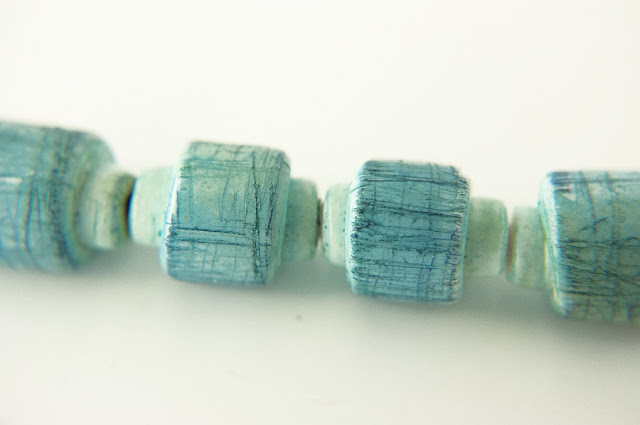 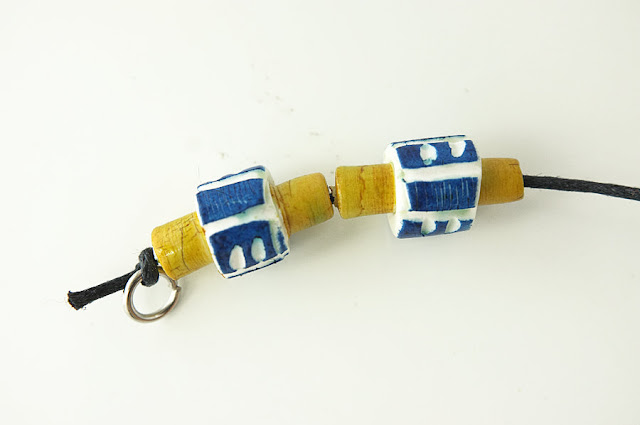 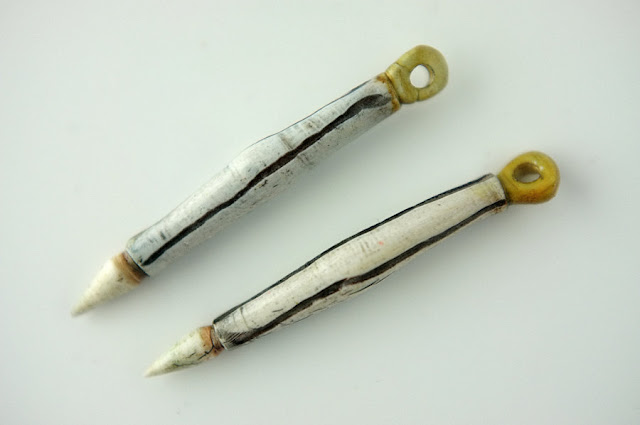 Posted by Jon Burgess Design at 13:06