Tripping Over Afterthoughts, Teetering On The Brink of 'Art Jewellery', and the Dilemma of When Components are Complete in Themselves . . . 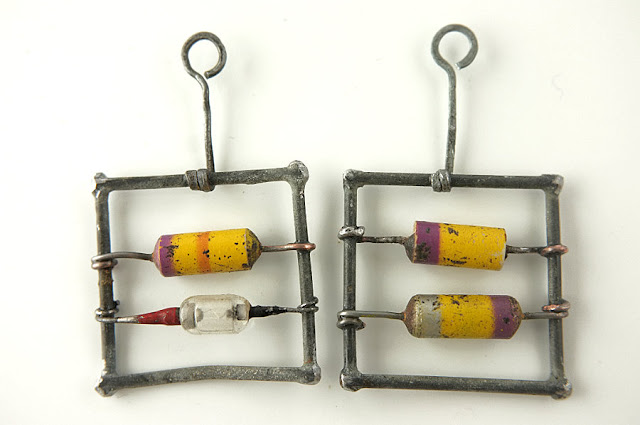 Back to what passes for normal round here, after the the somewhat frantic goings on of the last few weeks. Still managed to be late with this blog post though. But never mind, the only person nagging me is me, and I never listen to me anyway. . .

As you can see, I got inspired by the electronic components I indirectly inherited, and by various other bits and pieces, and made some interesting things. . .
But more on that, later in the programme, there is the small matter of chronological precedence vis a vis the blogging process to discuss.

As you are possibly aware, I like to blog every ten days or so. Over those ten days I will have likely explored two or three different ideas at least, some successfully, some not. Each idea worthy of being documented on this blog. The trouble is that come blog writing day, the most recent idea, my day ten obsession, if you like, is going to be the one my head is full of and the one I most want to share. Which leaves the previous good ideas as mere blogging afterthoughts if they get a mention at all. Not sure what I can do about this. I don't want to blog more frequently so I think I shall just have to live with it and go with what is is uppermost in my mind at the time.

Which is - My messings around with electronic components and other bits and pieces.

A combination of events has led me down this interesting route. Firstly, inheriting these electronic components from my late Father in Law. Secondly, deciding to break up some old necklaces that I had hanging around, which never sold. I still quite liked them but have come to realise that they just weren't up to the mark. It's quite liberating to actually admit that things don't work and to reclaim the bits that are worth repurposing. And thirdly, there being bits of garden related wire and mesh and suchlike lurking in and behind the shed. These things had caught my eye and been stored in the 'Possibilities Pending' file in my head. These three things and a good dose of 'Why not?' when following spontaneous creative ideas led me in this hopefully fruitful direction.

I even ventured into larger pieces, using resistors (I think) as decorative elements alongside some old dremel carved poly clay beads I made many moons ago and couldn't find a good use for.

This stuff does start to look like something you might see in some kind of gallery. (I did say 'might see'. . . ) It has a certain confidence in what it is, if that makes sense.

I feel more free to explore composition and balance. And to enjoy the juxtaposition of unlikely partners, neither of which were intended to be combined but can co-exist successfully once the right balance is found.

Interesting though this process is, it does leave me with my biggest dilemma. A lot of the more complex components I make, and quite a few of the simpler ones have a certain completeness as objects in themselves. Adding an ear wire, or attaching them to some kind of chain/string/thong seems like an afterthought. Which of course, it is.
The type and shape of ear wire and the length and thickness etc of the string is very important, and I worry that I haven't left room for additions to my design.
It's something I need to work on, think about and explore. Not being a jewellery maker is a disadvantage at present. I want to have some finished pieces to show at our upcoming open studios thing at the end of May.
Nothing like a deadline to get the mind working. . .

1 - I followed up my experiments in combining image transfer and turned look beads, and made a bunch of immensely cool spike things. Big buggers too, about three inches long. 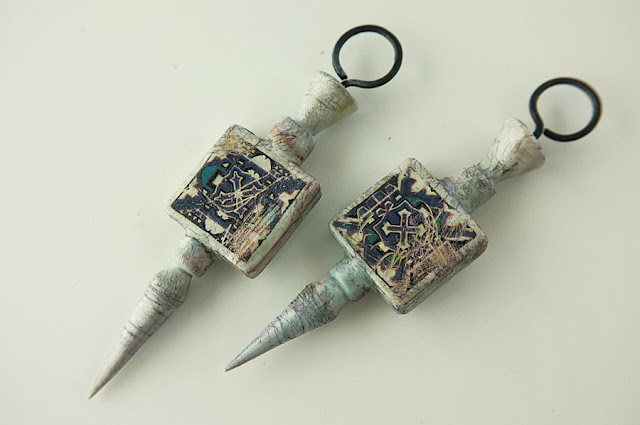 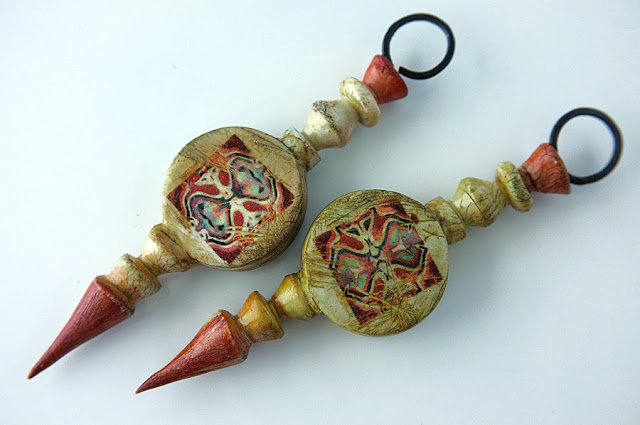 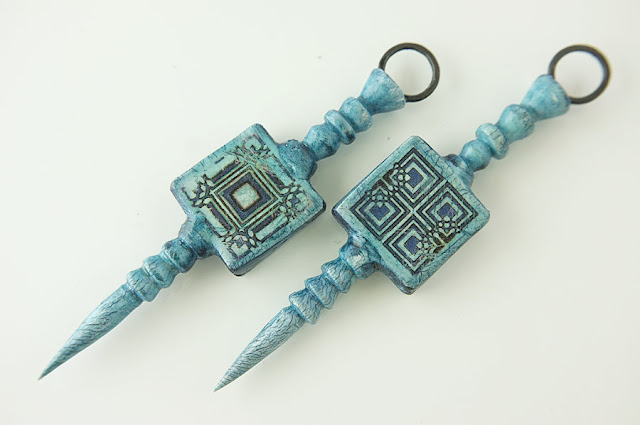 2 - I also made some small turned look beads for more delicate projects, around 1" long. That intense blue when varnished looks almost like glass. I love that blue! 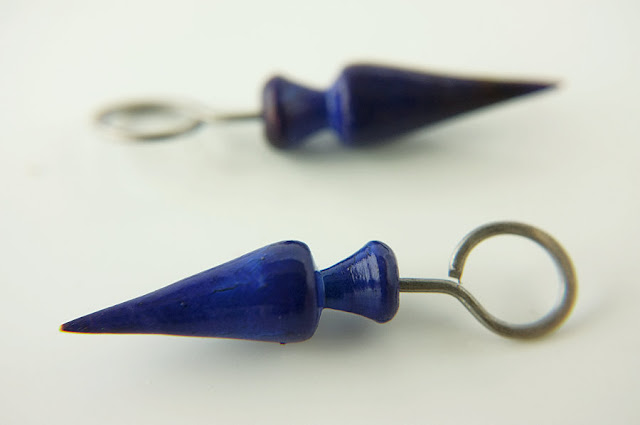 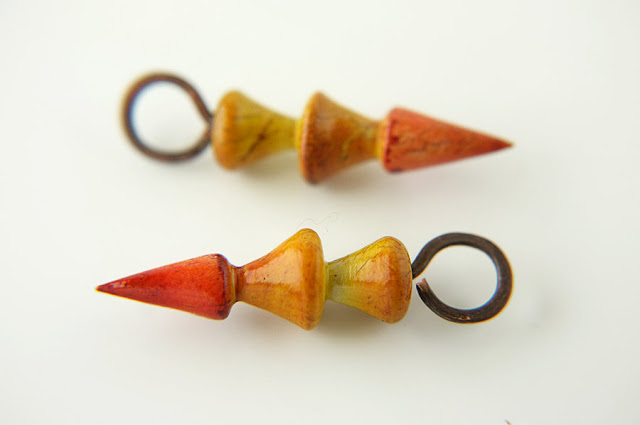 There is probably other stuff I could show you, but as I don't want to write, and you don't want to read a flipping novel, I shall stop.
See you next time,
Jon x
Posted by Jon Burgess Design at 00:47